Akmal, Mendis, McCullum And Others To Be Featured In 2015 CPL

Tuesday 16th June 2015 – The Guyana Amazon Warriors, Barbados Tridents, St Lucia Zouks and St Kitts & Nevis Patriots have today confirmed changes to their squads for this year’s Hero CPL. Lasith Malinga, who has been ruled out of the competition after picking up an injury, will be replaced by Marchant de Lange for the Amazon Warriors, while Jeevan Mendis will replace Justin Ontong, who requires a knee operation, in the Tridents squad. Shane Dowrich will replace the injured Nicholas Pooran in the Patriots squad, while international duty means that Shakib Al Hasan will be replaced by, first Eddie Leie, and then Nathan McCullum. 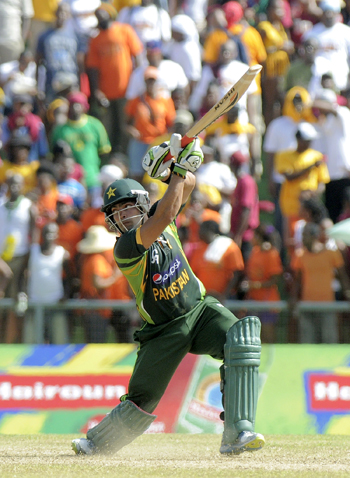 Pakistan international batsman, Umar Akmal, and South African all-rounder, David Wiese, will join the Amazon Warriors as mid-tournament replacements for Tillakaratne Dilshan and Thisara Perera, who have both been called up for international duty.

De Lange is a promising South African international fast bowler, who is capable of thundering down 150 kph deliveries, while Wiese, who has featured extensively in this season’s IPL with Royal Challengers Bangalore, and Akmal, will both bring plenty of T20 experience. De Lange will feature from the start of the competition, while Akmal and Weise will join up with the squad when Dilshan and Perera part company with the Amazon Warriors on July 5th to play for Sri Lanka.

Jeevan Mendis, who has represented Sri Lanka in 54 ODIs and 16 T20Is, will replace Justin Ontong in the Tridents squad. Mendis will return to Barbados for a second year, having helped the Tridents to the CPL title last year. Wicketkeeper-batsman, Dowrich, another who won the CPL with Barbados Tridents last year, will be turning out for new boys, St Kitts and Nevis Patriots. Dowrich is fresh from making his West Indies test debut, where he scored a composed 70 in the second innings of the first test against Australia.

Bangladesh all-rounder, Shakib Al Hasan, has unfortunately had to pull out of the tournament due to international commitments. His place in the St Lucia Zouks squad will be taken for the first week of the tournament by exciting South African leg-spinner, Eddie Leie, who will be available for the Zouks’ four home matches, before experienced New Zealand spinner, Nathan McCullum, joins the team for the remainder of the competition.

Tom Moody, Hero CPL Director of Cricket, said: “The quality of these replacements demonstrates the strong attraction of playing in the CPL. Injuries and international call ups are part and parcel of the modern game, but as the competition draws closer, we are confident these five new replacements will enter the competition with a hunger to impress the Caribbean fans.”

Last year’s tournament attracted a global audience in excess of 65 million and this year is set to be even higher as fans across the world continue to be drawn to the high quality action on the pitch and the unique party atmosphere off it. Hero CPL 2015 kicks off with a repeat of last year’s final, with defending champions, Barbados Tridents, hosting Guyana Amazon Warriors, at Kensington Oval, on 20th June.