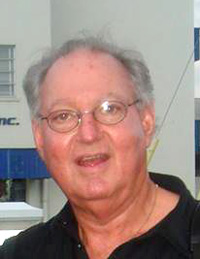 Born in Bridgetown, Barbados in 1940, Cozier began a 50-year media career with his father Jimmy, who was managing editor of the St Lucia Voice and Barbados Daily.

Cozier took the reins of the Barbados Daily as editor in 1961 before moving into radio, where he was a regular on the ABC during West Indian tours and also worked with Channel Nine.

Known as the voice of West Indies Cricket, Cozier first appeared in cricket broadcast during Australia’s 1965 tour of the West Indies.

Changing seamlessly between the radio and television boxes, Cozier was also a member of the BBC’s Test Match Special and Sky Sports commentary teams.

His last column appeared less than two weeks ago.

Cricket Australia Chief Executive James Sutherland paid tribute to Cozier for his contribution to the game around the world.

“Like generations before me I had the great privilege of listening to Tony Cozier bring Caribbean cricket to millions of Australians,” Mr Sutherland said.

“His mellow West Indian accent, astute observations and clever turn of phrase added to the color and excitement of Caribbean tours to Australia.

“Tony was also a pioneer as a founding commentator of World Series Cricket, when the game lit up with day-night matches, changing cricket forever.

“As an informative and colorful journalist he kept the cricket world abreast of a diverse and exotic region which has so embraced the game.

“Tony will be sadly missed around the world, including by many former and current Australian cricketers and fans who held deep affection for him and his commentary talents.

“The thoughts of the Australian cricket community are with his family and many friends at this sad time.”