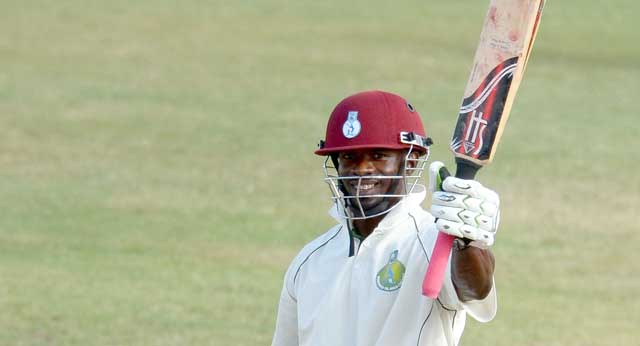 ST. JOHN’S, Antigua – Left-handers Devon Smith of Windward Islands Volcanoes and Veerasammy Permaul of Guyana Jaguars were the top individual performers in the 2017-18 Digicel 4-Day Championship which ended on Sunday.

It was a remarkable achievement for the veteran left-handed opener, considering he reached the mark in just 10 matches. He earns the Viv Richards Award and a US $1,500 cheque.

Permaul collected exactly 50 wickets at 18.90 apiece. It is the second time that the left-arm spinner has finished with the most wickets in a season. He earns the Courtney Walsh Award and a US $1,500 prize.

Jaguars’ Anthony Bramble effected 45 dismissals, comprising 42 catches and three stumpings, and was the leading wicketkeeper this season and takes the Deryck Murray Award and a US $1,500 cheque, the same amount that has been secured by Jonathan Carter along with the Clive Lloyd Award for holding 17 catches in the field.

Two other individual awards, chosen by the selection panel of Cricket West Indies, have been announced.

Veerasammy Permaul ended the season with a total of 50 wickets.

John Campbell of Jamaica Scorpions has earned the Malcolm Marshall Award and a US $1,500 payday for being the top all-rounder, having accumulated 603 runs at an average of 43.07 and collected 19 wickets at 24.52 apiece.

Shermon Lewis of Windward Islands Volcanoes has won the Andy Roberts Award and a US $1,000 cheque for being the most promising fast bowler. He collected 30 wickets at 21.70 apiece in his first full season of the #D4Day.

For winning each match, the teams gained US $3,000. As a result, Barbados Pride and Jamaica Scorpions earned US $9,000, and Leeward Islands Hurricanes, Windward Islands Volcanoes and Trinidad & Tobago Red Force pocketed US $6,000.

TOP PERFORMERS
Following is the list of the most prolific batsmen and most successful bowlers in the 2017-18 Digicel 4-Day Championship after the ninth round of matches.