Host Look To Continue Their Good Limited-Overs Form In Test 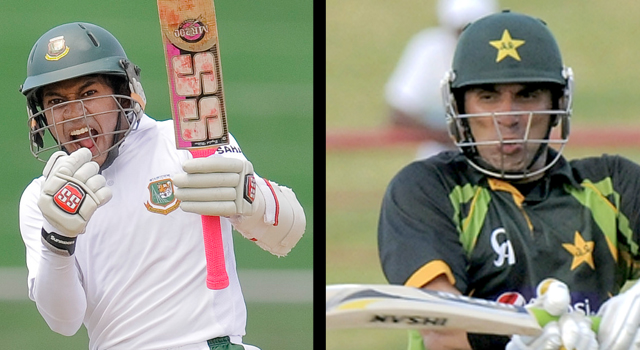 Bangladesh will definitely look to continue their good form from ODI into the first test against Pakistan. Photo: WICB

By Ayush Gupta
Bangladesh take on Pakistan in the first of the two-match Test series at the Sheikh Abu Naser Stadium in Khulna on Tuesday. Coming off an impressive 3-0 victory in the One-Day International (ODI) series, followed by the one-off Twenty20 International (T20I) win, Bangladesh will look to continue their good form in the longest format of the game as well.

Bangladesh, at present, are running high on confidence, having handed Pakistan a ‘bangla-wash’. Pakistan might not have expected to perform so poorly against Bangladesh, especially after their brilliant fight against Australia in the quarter-final of the ICC Cricket World Cup 2015.

Considering Bangladesh’s performance in the Tests recently, they registered a whitewash over a touring Zimbabwe, in a three-match Test series, last October-November. Bangladesh won all the three matches convincingly, with Mominul Haque being the highest run-scorer, followed by their star all-rounder, Shakib Al Hasan, who was the highest wicket-taker as well as the Man of the Series.

Pakistan’s last Test series was against New Zealand in the United Arab Emirates (UAE), which ended up being an even contest as both the teams were squared in a 1-1 draw of the three-match Test series. Although, Pakistan won the first Test by 248 runs, New Zealand bounced back to win the third Test more convincingly by an innings and 80 runs. For Pakistan, Mohammad Hafeez was the highest run-scorer and the Man of the Series as well, while Yasir Shah was the highest wicket-taker.

Considering this series, Bangladesh have a healthy squad with the likes of batsmen, such as Mushfiqur Rahim, Tamim Iqbal, Imrul Kayes, Mominul and Soumya Sarkar, who are sure to give a tough contest to the Pakistan bowlers. All-rounders, Shakib and Mahmudullah along with bowlers like Jubair Hossain, Rubel Hossain, Shahadat Hossain, Shuvagata Hom and Taijul Islam could make things worse for the Pakistan batsmen.

However, Pakistan have a good Test side with Misbah-ul-Haq leading the likes of Azhar Ali, Haris Sohail, Sarfraz Ahmed and Younis Khan, who are all set to play vital role in their batting line-up and could bat on for a long term if settled well on the crease. All-rounder, Hafeez along with bowlers like Junaid Khan, Saeed Ajmal, Wahab Riaz, Yasir Shah and Zulfiqar Babar are likely to play a vital role in their bowling attack. Ajmal’s return to international cricket is a huge boost to the Pakistan squad. However, he has so far failed to fire in the limited-overs against Bangladesh, but can be expected to bounce back in the Tests.

It will be futile to say that despite their good form, Bangladesh would have an easy walk over Pakistan, in the Test series.

(Ayush Gupta is a reporter at CricketCountry. A passionate supporter of Manchester United, he idolises Roger Federer and is also a World Wrestling Entertainment (WWE) maniac. He can be followed on Twitter @Ayush24x7)

The above article is reproduced with permission from cricketcountry.com.