Qualifier Namibia upset defending champion South Africa by two wickets in a thrilling chase to join host Bangladesh in the quarterfinals from Group A of the ICC U19 Cricket World Cup on Sunday. 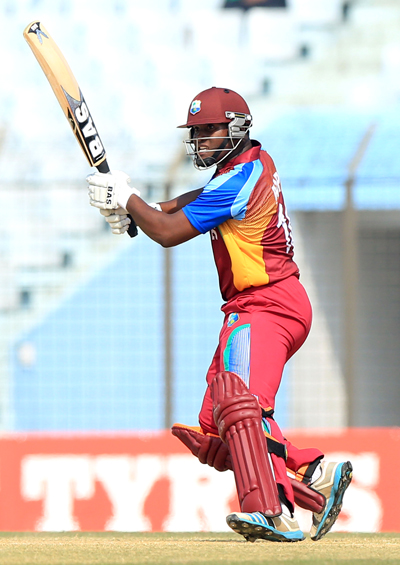 Bangladesh beat Scotland by 114 runs in Cox’s Bazar for its second win and now clashes with Namibia in the last league match on Tuesday to decide Group A winner. The winner of Bangladesh-Namibia match will feature in the first quarter-final against Group D runner-up (India or Nepal) in Mirpur on Friday, 5 February, while the side that finishes second in Group A will take on winner of Group D in Fatullah on 6 February.

England brushed aside Zimbabwe by 129 runs in Chittagong to top Group C with a third successive win. This match was produced by ICC TV and aired around the world by 15 broadcasters. England will now wait the second-placed team from Group B in the quarter-final on 7 February in Mirpur.

The West Indies romped to a 262-run win over Fiji in another Group C match in Chittagong. It now faces Zimbabwe on Tuesday to determine the second qualifier from the group with the winner meeting Group B champion (Pakistan or Sri Lanka) in Fatullah on Monday, 8 February.

Namibia’s unheralded cricketers, who had beaten Scotland in their first match, kept their cool amid mounting tension to knock South Africa out in Cox’s Bazar.

South Africa, batting first, was reduced to 60 for eight by the half-way stage following a four-wicket haul by Michael van Lingen. But Willem Ludick hit 42 in a ninth-wicket stand of 55 runs with Lutho Sipamla as the young Proteas added a further 76 runs.

Defending a modest 136 for nine in 50 overs, South Africa claimed a wicket off the first ball and continued to dismiss batsmen regularly, but Lohan Louwrens stood in the way as he steered Namibia home with an unbeaten 58.

The memorable win meant that Namibia, which finished 14th in the United Arab Emirates two years ago, will improve upon its best finish of 11th in Malaysia in 2008.

Namibia’s captain Zane Green said he was delighted with the win and said he was not surprised that his team had made the knockout rounds.

“We were positive from the start of the tournament because we knew we had the team to go far,” said Green. “Our aim was to take it one game at a time and that is what we will continue to do.

“We want to take the positive energy from this game into our next match against Bangladesh. And then take it from there.”

Namibian coach Norbert Manyande said he was proud of the way his boys responded to the challenge.

“It is unbelievable and a great feeling,” he said. “I always believed in the guys and I am proud that they delivered today.

“We did not expect that we will restrict South Africa to 136, but I think we struck to our disciplines and that was the key.

“I always knew that our bowling was very solid and we had shown that in the qualifiers as well. Today was just a beautiful day.”

South African captain Tony de Zorzi said his side had let the nation down, but vowed to do well in the Plate Championships.

“Our top-order failed badly,” he said. “If the boys are honest with themselves, they will realize they played some loose shots. We should have got more than 136 for sure.

“We have let our country down by not qualifying for the quarter-finals, but we will definitely try to finish ninth …. that’s the best we can do.”

England, which had scored 371 for three against Fiji in the first match, once again showed its batting prowess to pile up 288 for four after electing to bat against Zimbabwe.

Zimbabwe was dismissed for 159 despite a heroic 91 from Jeremy Ives as Saqib Mahmood claimed four wickets for 39 runs and Callum Taylor took three for 14.

“We can only go up from here, hopefully there are more wins to come,” said Burnham, whose 104-ball knock contained six sixes and five boundaries.

Nazmul Hossain delighted home fans with an unbeaten 113 and skipper Mehidy Miraz hit 51 as Bangladesh scored 256 for six and then bowled Scotland out for 142.

Azeem Dar top-scored for Scotland with 50 as Mohammad Saifuddin and Saleh Ahmed grabbed three wickets each.

Bangladesh’s head coach Mizanur Rahman said his team was improving with each game.

“The start was disappointing, but I was happy with the way we finished both in batting and bowling,” he said. “We accelerated towards the end and that is something we missed in the last game.

“These are the kind of wickets where you have to dig in and try to play as long as possible. Nazmul Hossain showed us how it is done. It was a splendid knock under pressure.”

Shamar Springer became the third century-maker of the day, scoring 106 to lift the West Indies to 340 for seven against first-timer Fiji, which was dismissed for 78 in reply.

Gidron Pope (76) and Jyd Goolie (66) were the other principal scorers for the West Indies.  Pope then grabbed four wickets for 24 runs with his off-spin to complete a fine all-round display.