Shai Hope and Stafanie Talyor Are Top Cricketers Of The Year

BRIDGETOWN, Barbados – Shai Hope and Stafanie Talyor are the WINDIES male and female cricketers of the year respectively for 2017. The emerging cricketer of the year went to Guyana’s Keemo Paul. 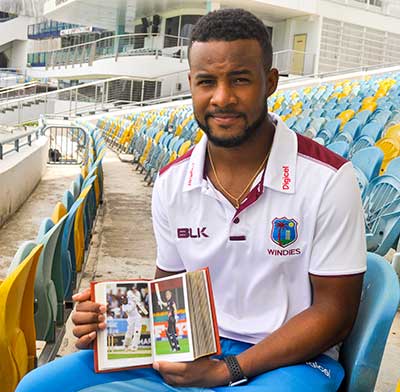 Cricket West Indies’ CEO, Johnny Grave in his summary remarks acknowledged Digicel for their support to West Indies cricket for 13 years; and welcomed Sandals Resorts as the new sponsor on board.

CEO and President of WIPA, Wavell Hinds acknowledged the commitment of the players to broaden their skills set off the field. Hinds pledged his organization’s commitment to continue with its programs to widen the scope and reach of all its members, while working closely with CWI to facilitate growth for players on the field of play.

In her keynote address, Minister in the Ministry of Economic Affairs and Investment, Hon Marsha Caddle, said that “West Indies Cricket is the blue print to advance regionalism.” In congratulating the work of CWI, the Minister wants the region to work closer together with cricket to create greater linkages with tourism and the creative arts sectors. She also called for “sport to be more integrated into education, as the focus and discipline of sport, can help young people to make better decisions about their lives, while acting as a signal to young people to use their talent more effectively.”

Minister Caddle declared her government’s and country’s intention to support West Indies Cricket and sees this as an opportunity for a “brand new relationship and partnership to move the cricket and by extension, sport, forward.”

The 6th joint awards (CWI and WIPA) was held at the Hilton Barbados last evening (June 20).