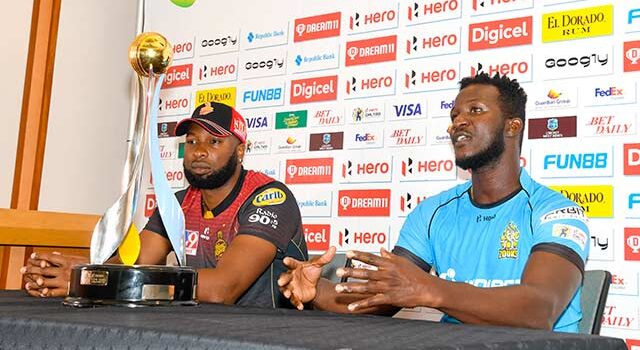 By Ravendra Madholall
After some torrential boundaries in 32 matches in this year’s Caribbean Premier League (CPL), the final is here and will take place on Thursday at 10:00 am, at the Brian Lara Academy in Trinidad and Tobago.

Even though the pitches at Lara Academy and the Queen’s Park Oval, the venues that hosted matches, were deemed conducive for bowling, cricket spectators still saw some wonderful batting exhibitions especially that boundary-laden 100 not out from Nicolas Pooran, the Guyana Amazon Warriors’ player.

Zouks found great momentum as they head into this match which has enormous importance for them after they never lifted the trophy since the introduction of the six-team tournament in 2013.

They would start off things with profound confidence and optimism owing to their semi-final dominance against Warriors. They demolished Warriors scuffling them out for 55 and then cantered home even without losing a wicket just faced 27 balls.

They are pumped up undoubtedly!

They have several typically flamboyant batsmen as well and that can create the impression they would not play underrated cricket in this contest against the unbeaten team.

Tallawahs had a pugnacious hitter Andre Russell but he only got to display his dynamism briefly. His shortcomings and injuries might affected the Tallwahs badly this year. They only chalked up three wins but these two finalists have got enough energy to entertain from ball one.

Riders will be the overwhelming favorite having defeated Zouks both times in the ten-match preliminary round phase. Riders first whipped Zouks by six wickets under the Duckworth Lewis Method and then beat them by 23 runs.

Based on their performances, Riders still possess the most powerful batting and bowling lineups while Zouks have shown character in their game as well, especially the bowling.

With six victories in the preliminary round and the win over Warriors, is a firm indication of their eagerness to come out on top Sunday. Notably, a new champion to be crowned after title-holder Barbados Tridents failed to qualify for semi-final segment.