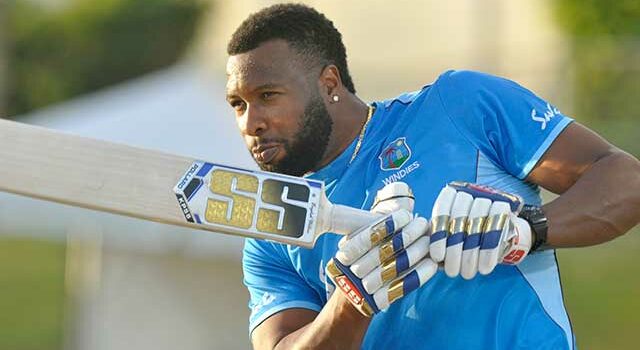 By Ravi Madholall
No doubt West Indies will have to unveil new strategies when they collide with red-hot Ireland in the second and penultimate T20 on Saturday at the Warner Park Stadium, St. Kitts and Nevis.

Having suffered an agonizing four-run loss in the opening encounter Wednesday in Grenada, the hosts are now seeking redemption to equalize the series which will conclude Sunday at the same facility.

One of the principal concerns for West Indies is their bowling which was battered by the Irishmen in the Powerplay as they only made a breakthrough in the 13th over in which Ireland already chalked up over 150 runs.

Surprisingly, Ireland didn’t seem a daunting unit after they were humiliated in the preceding three-match limited-over series, handing West Indies a whitewash.

They came out with two of their most essential players and immediately started to score freely reaching the boundaries rapidly in pugnacious manner.

The experienced Paul Stirling provided rich entertainment scoring a dashing 47-ball 95 to lead the assault while his opening partner Kevin O’Brien, another stalwart, was equally destructive.

As expected, the out-of-retirement Dwayne Bravo produced the yorker to end that admirable standing between Stirling and O’Brien. Bravo delivered accurately in his second spell after he had conceded 18 runs in his first over ending a three-year sojourn from the international scene.

The West Indians pegged back things nicely and perhaps averted an unreachable total courtesy of some clever bowling towards the finish.

As much as the bowling did not spark greatly, the batting appeared resounding with the exhibition of the typical aggression from their seasoned T20 batsmen.

Evin Lewis, the opener, who was dominant in the one-day segment, continued with his prolific form by hitting a breezy 53 while Lendl Simmons, who started the innings with Lewis, was characteristically attacking as well.

The chase was progressing well with Shirmon Hetmyer (28), Pollard (31), Nicolas Pooran and Sherfane Rutherford with 26 each reaching the boundary on multiple occasions but their sudden dismissals certainly gave the Ireland the advantage to make steady inroads.

The last over left to Bravo was the defining moment, and Ireland got the headline with good bowling from Josh Little.

Again he and the rest of quickie and spinners will be looking to strike and win a rare T20 series on foreign soil.

Simi Singh, George Duckrell, Craig Young can be a force to reckon with on a pitch expected to be animated against a confident West Indies batting line-up.

Meanwhile, a determined Pollard is urging his players to rebound and subsequently come out victorious in both remaining matches. According to the Caribbean Media Corporation, he wants his bowlers to be more disciplined in this all important second confrontation.

“The attitude of some of the guys in the field that cost nothing. It’s just a matter of showing up for 120 balls and again, the discipline was out the window again with the wides and no-balls,” Pollard pointed out.

“[There were problems with] backing up and miss-fielding and when we’re batting, not having that urgency running between the wickets.

“We know we’re a good power-hitting team but again when the singles are there, when the twos are there, we need to run hard between the wickets and not just settle for ones,” the statements read.