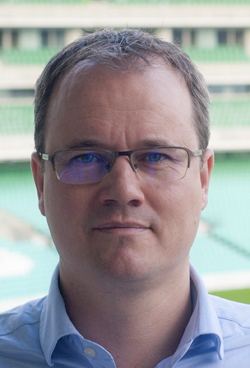 Johnny joins the organization with a wealth of experience from both the Professional Cricketers’ Association (PCA) in the UK, where he has been the Commercial Director for the past 9 years and Surrey County Cricket Club, where he held several senior leadership roles.  During his time at the PCA, Johnny has significantly grown commercial revenue streams, as well as building excellent relationships and partnerships between the players, the England & Wales Cricket Board (ECB) and a wide range of commercial organizations.

Among the new CEO’s tasks will be developing and delivering the WICB’s strategic plans, and building on the existing framework started by former CEO, Michael Muirhead. The top priorities for the new CEO will be the management and oversight of the WICB’s US$40 million budget, the creation of new commercial opportunities, helping to drive revenue into the whole game, along with an increased focus on player relations and improved performances on and off the field.

President of the WICB, Dave Cameron welcomes the new CEO to the team commenting, “Johnny has a proven track record of success in his career to date and a huge amount of relevant experience and will add exceptional value to the organization.  Johnny was the unanimous choice of the interview panel and clearly shares our vision for the future of West Indies Cricket.”

Johnny commented, “I am delighted to have been given the honor of becoming the new CEO of the WICB. I am genuinely excited by the opportunity of improving cricket at all levels within the region and am looking forward to working with the many stakeholders who are committed to the long-term development of West Indies Cricket.”

Johnny holds an Executive MBA from the Cass Business School in London and is a graduate from the University of Leeds.

He will be fulfilling his contractual responsibilities at the PCA and is unavailable for further media comment until he officially begins his role with the WICB in February.

He will be based in Antigua at the WICB headquarters.