By Ravendra Madholall
All-rounder Keemo Paul stated that being in the West Indies winning World Cup Under-19 side was an unbelievable feeling following their tense five-wicket win over Indian on Sunday at Dhaka, Bangladesh.

“Well it’s a great feeling, unexplainable, I would say can’t compare the feelings to any other,” Paul related via email.
Paul was very instrumental in the championship contest grabbing two wickets for 17 runs from 6.1 overs while he scored an unbeaten 40 when the Caribbean boys chased down 145 to win their International Cricket Council title for the very first time.

He spoke about the team’s unity from the commencement of the series and rated the performance to be extremely high.
“I would definitely rate it right up there 10 out of 10 because the team’s unity and spirit was excellent and must give the guys absolute credit for that; just a completely special set of guys,” Paul commented. 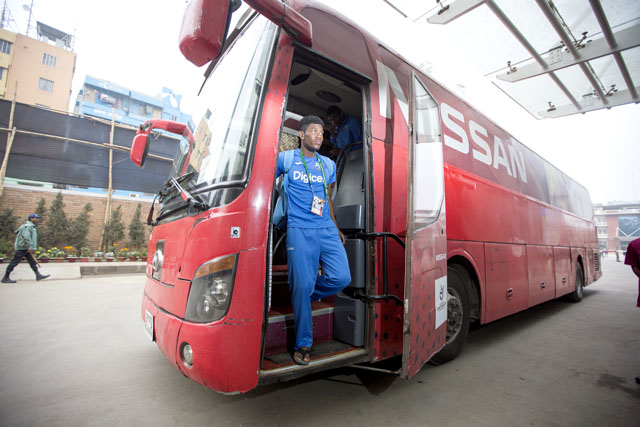 The right-handed batsman and right-arm fast-bowler plays club cricket for Demerara Cricket Club in Georgetown and was very thankful to his mates for their consistent encouragement.

He was born in Saxacalli in the Essequibo River but then moved across to Wakenaam Island, approximately one-hour drive from his place of birth also in Essequibo and honed most of his cricketing skills there.

According to Paul, South African exciting middle-order batsman AB de Villiers is his favorite cricketer and strongly believes that hard work and total commitment would take you to great heights and is already aiming to represent the West Indies team at the highest level.

“Yes, definitely I want to go on and play for the senior team that’s my utmost goal now,” the 17-year-old Paul mentioned.
He said his family and friends must come in for a heap of praise from him.

His three sisters and three brothers along with the Essequibo and Guyana Cricket Boards also supported him during his cricketing endeavors so far. 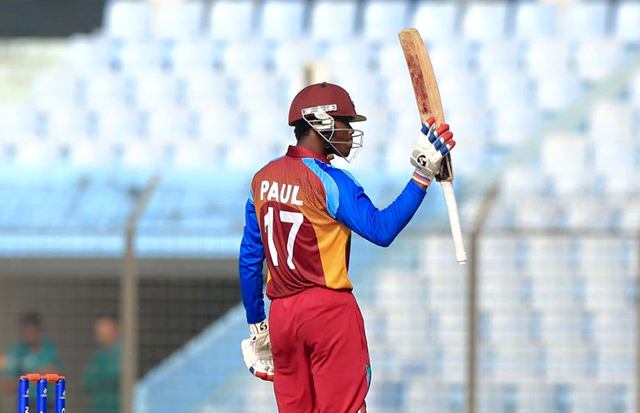 Keemo Paul celebrates his 50 against England.

Paul was among the three Guyanese on the team that created history by emerging victorious since youth world cup was inaugurated in 1988. Skipper and opener Shimron Hetmyer led the side while wicketkeeper/batsman Tevin Imlack are the other two Guyanese cricketers.

He felt the conditions were hugely different from the Caribbean but his fellow teammates adapted quickly and the guys were eager to succeed at the mega event.

His highest score of 65 was against England in a preliminary round but in a losing cause while his best bowling figure was 3-20 against the host-nation but satisfied with all his performances and ultimately helped West Indies to lift the coveted trophy.