By John Aaron
“I love cricket and I have received a lot from the game. In order to give back, I have been volunteering my services to ensure that women’s cricket continues to grow and be enjoyed. I therefore feel humbled and honored that my contribution is recognized internationally.”  –  Stephanie Judith Power 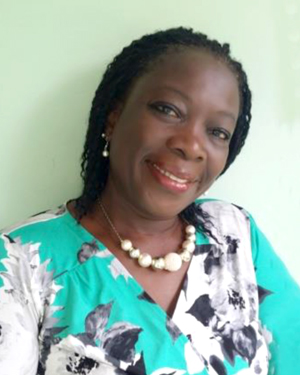 The first Cricket Hall of Fame established in the world, is about to induct its first-ever female international cricketer this October, in Hartford, CT.

Stephanie Judith Power, a former Trinidad & Tobago and West Indies women’s cricket captain and later assistant coach, is among this year’s class of nominees for induction into the Cricket Hall of Fame. She is the first-ever international female cricketer to be inducted into the Hall of Fame, located in Hartford, CT.  The induction ceremony is set to take place at the Hilton Hotel, downtown Hartford, Connecticut, on Saturday, October 4.
Stephanie Power is a well-recognized and respected coach in cricketing circles in the Americas, and in particular women’s cricket. Ms. Power comes from a cricketing family and has represented the West Indies as a wicketkeeper batswoman in three Cricket World Cups;  1993, 1997 and 2005, captaining the team in the latter World Cup. The Trinidad & Tobago born Aries player has played in 34 One Day Internationals for the West Indies, making her ODI debut against Australia in England in 1993. She played in one Test match for the West Indies against Pakistan, at Karachi in 2004.

The right-handed batswoman and wicketkeeper is a physical education schoolteacher and a very charming and patient individual. She is a favorite player/coach among women cricketers in this part of the hemisphere, and although a firm taskmaster, she is very encouraging and a motivator of younger players, Power’s own faith in God no doubt has served as her motivation.  A certified Level II coach and a trainer for Level I and Level II coaches internationally, Ms. Power has conducted numerous coaching education programs in the United States, Canada, and the Caribbean, and is the only female cricket trainer/tutor in the Americas Region of the International Cricket Council.

Stephanie Power retired from international cricket following the 2005 ICC Women’s Cricket World Cup in South Africa, and one year later retired as Trinidad & Tobago’s women’s cricket captain. Ms. Power has been a Pan Trinbago Steelband Panorama adjudicator for the past 16 years, something she enjoys as much as playing cricket. She is also a member of the Board of Directors of the Copos Credit Union, in Trinidad & Tobago. A school teacher for the past 37 years, she currently teaches Physical Education at San Juan North Secondary School in Trinidad. No doubt, over the years as a school teacher, she has developed the patience needed to be such an outstanding cricket coach and mentor.

The Laventille, Trinidad resident, started playing cricket at the tender age of eight while attending Hokett Baptist Primary School. She was considered somewhat of a tomboy back then, even while she was attending St. Francis Girls College, and playing on the girl’s cricket team. Her brother John served as her coach and mentor. A firm believer in God, she attributes her faith in God and zest for life as the two cornerstones of her success.

Stephanie Power vividly remembers her West Indies cricketing debut, as if it were only yesterday, recalling, “My most memorable moment as a cricketer was when I played my first game for the West Indies. It was during the 1993 World Cup in England. I traveled as the second wicketkeeper, and in the match vs. Australia, the main wicketkeeper was injured while batting, and so I made my debut. I suppose I did a good job, because I continued as the West Indies wicketkeeper for the next 22 years, until I retired in 2005.”

Stephanie Judith Power is not without honor in her native Trinidad & Tobago, in a 2012 Letter of Citation; on her being honored by Atlantis Cricket Club – NY, Trinidad & Tobago’s Ambassador to the USA and that country’s Permanent Representative to the Organization of American States, Dr. Neil Parsan wrote, “Power’s tireless commitment to the sport of cricket is undeniable and indeed commendable.

She has consistently worked for the development of cricket in the Caribbean and in particular, has worked to improve women’s cricket not only in T&T, but throughout the region as well.”