By Sam Sooppersaud
That’s right, cricket fans. The 2015 Final of the New York Masters Cricket Association (NYMCA) season was hijacked, or boycotted, or cancelled or ruled out, or bumped, or slashed, or k-oyed, or defaulted. Whichever word you use from the Thesaurus, the fact remains, indelibly, that there was no cricket final to determine the champion for the 2015 cricket season. Plain and simple. No team in the association’s league can rightfully say, “We are the Champions!” 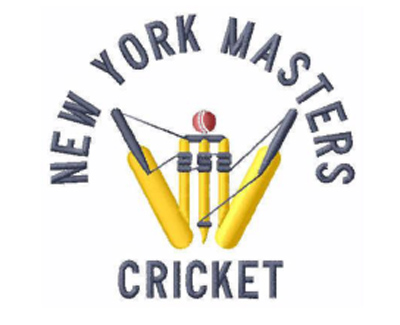 In the more than decade that the NYMCA has been in existence, there has never been such a fiasco that left the league and its executive body scratching their heads for answers and solutions. Since the formation of the league by a group headed by Peter Jolly, the yearly tournaments have always gone relatively smooth. Peter Jolly ran a tight ship. He was a dedicated cricket administrator who “called it down the middle.” Just speculating what he may be saying at this time. Maybe something like, “This couldn’t happen if I was in charge.” Maybe so, Peter.

The 2015 Final was scheduled to be played at Idlewild Cricket Complex in Queens, on Saturday, September 26th. But because of disagreements concerning the playoff eligibility of some players, one of the finalists decided to boycott the game. There were indications since the previous weekend’s Semi-Finals, that the eventual Final may not be played. But, the NYMCA administrators continued to push on hoping for a miracle that would have saved the game. But this was not to be.

Let’s delve a bit in to the many circumstances that led to the disappointments in the playoffs. Back on July 11th, the Crusaders were scheduled to play the Everest Masters at Lido Beach. There was a disagreement with regards to the 30 yard circle not coned off. The Crusaders questioned why Everest lapsed in doing this. Everest retorted by saying that it was not their job to mark off the circle. They claimed that it was the umpires’ job. Now, the rules say that the ground must be prepared by the home or host team. That would be Everest. The umpires are only required to verify the correctness of the preparation. However, the practice in the New York Masters Cricket Association, is that the umpires have been as a matter of practice, setting the 30 yard markers.

A heated argument ensued between two players, Joe Allen from Crusaders and Haseeb Sheriff from Everest. Evidential documents obtained from the league substantiated the cross-allegations that both players violated “The Spirit of the Game” tenets. At a subsequent hearing both players, along with a third player, were handed suspensions, effective immediately. See article published on USACricketers.com on September 26th, for a full account of the incident and its handling by the Steering Committee of the league.

The two Semi-Finals, Crusaders vs Lions King and Everest vs Bleachers were scheduled for Saturday, September 19th. Crusaders did not show up for their encounter, stating that the NYMCA erred in handling the Everest/Crusaders fiasco. Whatever else was their contention, it is not clear. But, they forfeited their semi finals game by not showing up. Lions King, therefore, qualified for a spot in the finals.

At Idlewild Park in Queens where Everest were meeting Bleachers; another cauldron was boiling. This concerned two players’ eligibility to participate in the playoffs. Bleachers fielded former Jamaica national player Dixit Palmer and Debo Sankar. Everest protested stating that Palmer and Sankar did not play the required three games in the preliminary rounds, therefore, they were ineligible to participate in the playoffs. Bleachers countered by saying that the players did fulfill the three game requirement and therefore were eligible.

This writer spoke to several club and league officials with regards to the Dixit Palmer eligibility situation. This is what was understood by this writer after his conversations with the various factions. Palmer played in one game. In another game, Bleachers vs Lions King on July 25th, it is not too clear to this writer what actually took place. Skipper Austin Hutchinson, by his statement acceded to the fact that Dixit Palmer was not at the game. He said that he was out of town and there was a misunderstanding on the part of the stand-in Captain, Richard Staples. What the misunderstanding was about is of essence. Was a list of players submitted to the umpires with Dixit Palmer’s name on it? Was this list written by someone else other that Staples?  Did Captain Staples look over the list prior to his handing it to the umpires?

From the Conclusions of the Steering Committee, it is apparent that the first two questions may be in the positive. For the third query, it is apparent that Staples did not look over the list (written by someone else) before handing it to the umpires. Herein lies the problem. But, the salient fact remains that Dixith Palmer was not at the cricket field on that day, July 25th. In the supposedly third game (for eligibility) it was alleged that Home Boys defaulted the game (August 8th) between the two clubs. Bleachers is saying that had the game not been cancelled, Palmer “would have played” in the game. Same was the situation with the game against Everest Masters on September 5th. Bleachers won by default.

In the case of Debo Sankar not eligible to participate in the Play-offs: my investigation revealed that he was a No-Show for the game vs West Demerara on May 30th. His name was penciled in on the list submitted to the umpires. (Bear in mind that only the 12th man is required to be physically at the cricket field).  He played against Village Ram on August 22nd. Against All Pro Masters on September 12th, Debo Sankar was set to bat at #3, but did not, as Bleachers openers scored 179-0.

Everest Masters protested their Semi-Final lost against Bleachers on September 19th, claiming that two players, Dixith Palmer and Debo Sankar did not meet the Play-off requirements; that is to play at least three games in the preliminary rounds. Everest’s letter of protest asks for “verification of the eligibility of Bleachers players, Dixith Palmer and Debo Sankar, both of whom participated in the Semi-Final against Everest Masters on September 19th.” They requested an immediate investigation into the matter and a prompt response from the NYMCA.

The Steering Committee comprising of Messrs. Sam Belnavis, Tony Madho, Curtis Clarke, and Wayne Lewis met in session and looked into the matter. (Steering Committee member Austin Hutchinson recused himself, as he is the captain of Bleachers Masters, one of the clubs in the dispute).

Findings on the Steering Committee
This writer will try to provide the essence of the findings and not verbatim, as furnished to me by the NYMCA.

The Steering Committee states that after a thorough investigation it finds that neither Debo Sankar nor Dixith Palmer had been designated a 12th man in any 2015 game in the NYMCA.

Debo Sankar
Bleachers vs West Demerara: He was declared in the playing 12, but did not show up for the game. Bleachers played with eight players. The NYMCA rules state that the 12th man must be physically present at the field. The fact that Sankar did not show up does not alter inclusion in that game. He played against the Village Rams on August 12th, and batted # 3. (ct A. Brown b K. Sang 4). Against All Pro Masters he did not bat. (Bleachers openers 179-0). Debo Sankar played in three preliminary round games, according to the findings.

Dixith Palmer
In the game, Bleachers vs Lions King on July 25th: the Steering Committee finds that Austin Hutchinson was out of town and, “there was a misunderstanding between him and Richard Staples. Staples was not aware that Palmer had withdrawn…” In the game vs Home Boys on August 8th, Bleachers won by default. Peter Heywood was the 12th man. On September 5th, Everest defaulted. On September 12th, Bleachers vs All Pro Masters, Palmer was set to bat at #5, but did not: Bleachers openers 179-0.  According to the findings, Palmer satisfied his Play-off eligibility requirements.

As a journalist, I try not to be judgmental on the matters I look into. However, in this instance, I will forego my precept and give my opinion, based solely on the evidence available/presented to the Steering Committee of the NYMCA. In the absence of evidence to the contrary, I will opine that the Steering Committee of the NYMCA has come to the only conclusion that any reasonable group could arrive at. It must be pointed out that the Everest Masters club was not invited to the hearing to present their evidence. But again, in their letter of protest, they asked for an “investigation” and not a “hearing,” per se.

I would hope that this experience has prompted the executive body of the NYMCA to revisit the rules and constitution of the organization and try to close any “loopholes”.

There is some talk of the NYMCA splitting. I have heard rumors that seven clubs have talked of walking away and forming their own organization. I would hope that saner heads would prevail. The NYMCA has been an organization that has provided the opportunity for “older” players to still engage in their hobby of playing cricket. I would hope that this is not the beginning of the end for Masters Cricket in New York and the surrounding cities.