The 2018 US Open T20 tournament is expected to set the standard as far as T20 cricket in the United States is concerned. 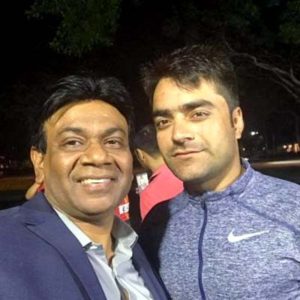 Over the past nine years players have been coming to America to play cricket and while at times they took it as a vacation to come to Uncle Sam’s land, now they know that they have to come with their best performances, as they could miss out.

Founder of CCUSA Mahammad Qureshi has forked out millions in trying to make a tournament out of nothing and now it is something. It has tremendous value and is now bringing revenue into the hands of local businessmen. Business is always buzzing around Sunrise area when the US Open T20 tournament is taking place.

Top T20 cricketers from around the world are now interested in coming to the US Open T20 and now even investors are looking in the direction of the tournament. This is the only ICC sanctioned cricket tournament in North America and players feel comfortable coming to play because they face no problems with their national boards.

Work is well underway for this year’s event and the staff at CCUSA has been putting everything in place for a wonderful event. A lot is expected this time around with a concert to coincide with the event which is expected to attract a number of visitors from around the US, Canada and the Caribbean. Players will be coming from Pakistan, India, Canada, Afghanistan, Dubai, South Africa and the West Indies.

The 10th edition of the US Open T20 takes place from October 24 to 28 at the Central Broward Regional Cricket Stadium.