Top of the First, One Out

All Stars Shine Under Overcast Conditions

By John L. Aaron
So it’s the top of the first inning and the Sachin Tendulkar and Shane Warne All Stars American Road Show completed its first leg at the home of the Mets baseball team – Citi Field, in New York.

To use baseball parlance; it’s the top of the first time something of this kind has been attempted in the USA, there are two more at bats – Minute Maid Park in Houston, TX November 11 and Dodgers’ LA stadium on November 14. Will all three at bats produce enough runs to ensure a victory for cricket in America, or will there be three strikeouts? 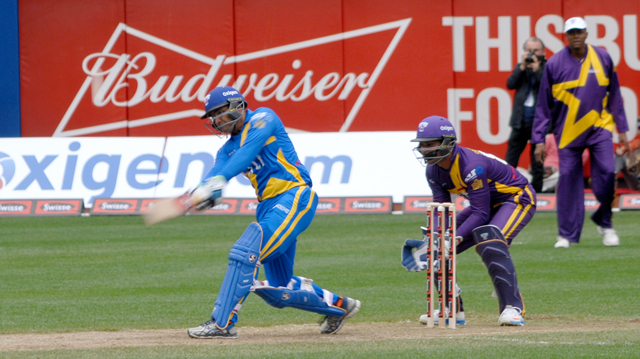 Virender Sehwag during his knock of 55, which came off 22 balls and included 6x6s, 3x4s. Photos by John Aaron

No doubt the Tendulakar and Warne duo are hoping for some massive home runs that would excite the fans and cricket base in America, so that the initiative makes enough of an impact and money, for their troubles. Played under an overcast New York skyline, the fans did not appear to be troubled by the possibility of a rain shower, as long as Sachin was practically at the end of each one’s arm. It was in so many ways the Sachin Tendulkar show, however the glorious victory went to Shane Warne and his Warne Warriors.

Yesterday’s outing at Citi Field in New York saw quite a few home runs (sixes) being blown out of the reconfigured ballpark, much to the delight of the fans and non-believers. At a post game press conference, I posed the question to Sachin, Warne and company, on whether the reconfigured playing area with a boundary of 60 yards or less, and spectators practically hovering over the players, had any impact on how the legendary cricketers played? 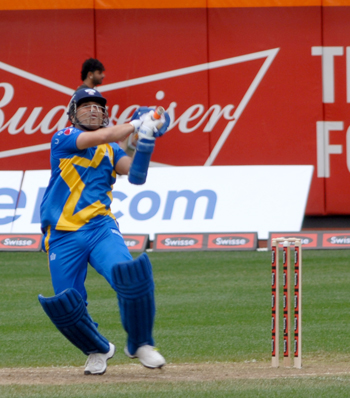 Sachin Tendulkar plays one of his iconic shot.

Shane Warne said, “It was great and all of the players enjoyed it. It was a great opportunity for the fans to be so close to the action.” He added that at first they thought the dimensions of the field would be a problem, but it turned out to not be an issue. Ricky Ponting added, “We were so close, it was the first time I have had a selfie taken in the outfield.”

With 25,000 fans in the 45,000 capacity baseball stadium, it was hardly a packed house, however, the fans who were there thoroughly enjoyed themselves, despite having to throw back those balls at the end of sixes hit, unlike baseball, where every fly ball or home run becomes a keepsake souvenir item. The proximity of the players to those fortunate enough to afford the seats behind home plate, first, second and third bases, made the experience so much more fulfilling for them.

There are many who argue that the All Stars American Road Show does very little to improve cricket in the USA, while others so starved for viewing live top quality cricket, are willing to overlook such petition and petitioners. The day’s overcast sky was somewhat indicative of the buzz leading up to the match in New York. With more cricket players per square mile than many countries, it was hoped that the All Stars would have used the opportunity to make a greater contribution to the development of the sport in the New York metropolitan area, than was done. Many were pretty upset with the last minute offer of tickets being available on a first-come, first-served basis, which resulted in a fiasco and no one confirming a response to their request for tickets.

Brian Lara batting during the game.

With such a star-studded line up of players for the 2015 All Stars Tour of the US and the hype preceding it, the fans were ready to see their favorite players included in the two squads perform. With an average age of 43.770 years between yesterday’s two teams, the All Stars are hardly the fit and agile competitors they were in their prime. However, most of them showed no let up in their intensity to compete against each other, and complete with all of the body language mannerisms associated with the players, from Walsh’s indignant stance hands akimbo, to Sir Curtly Ambrose’s stare down. It was all there.

It was obvious the majority of the fans in attendance, were there to see “The Little Master,” “God,” all titles associated with the 5’ 5” Sachin Ramesh Tendulkar. One sign at the park read, “I was an atheist, then I met Sachin and cricket became my religion and Sachin my God.” A testimony to the stature and esteem with which the cricketer from Mumbai, India, is held by millions at home and around the world.

The Tendulkar-Warne initiative has signed the current roster of 28 players for a total of 15 matches in the next three years, which begs the question; will many of those now under contract survive the next two years? At the end of the press conference, I asked Sachin Tendulkar if we can expect some players to be rotated out and new All Stars added. His response, “It’s too early to say, but we will see.”

Sachin who turns 43 next April, is obviously being very kind to some on his current roster, and in his own words, “…it is great to play these three exhibition matches, without the pressure of representing one’s country during regular tours.” Given the ages of most of the All Stars, including those who have long since stopped playing first-class cricket, it is obvious if the initiative is to be sustained, new blood and players with less aged knees must be added to the roster. If yesterday’s electrifying and possibly once-in-a-lifetime experience for many, is any indication, adding players the caliber of Chris Gayle over the next two years, will certainly excite the fans a lot more. 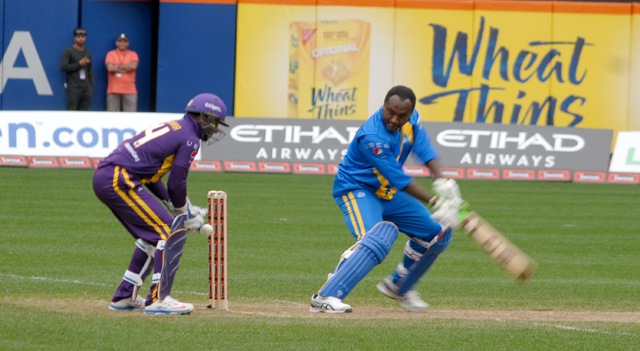 Virender Sehwag’s 22 ball 55 (6x6s, 3x4s) was the highlight of the Sachin Blasters’ inning in the T20 contest, with the Little Master himself contributing 26 off 27 deliveries (2x4s, 1×6). Brian Lara was as disappointed as those who came out to see the Prince bat. He was trapped LBW for one after facing eight deliveries, to the master spinner Shane Warne. Mahela Jayewardene enjoyed a 15 ball 18 including one boundary, while Carl Hooper who was making every effort to get settled, did not get going and contributed 11, as was Shaun Pollock who matched him.

After a solid start of 85 in the first eight overs, the Blasters succumbed to the Master Warne and medium-pacer Andrew Symonds, with the two mopping up the Blasters claiming six wickets between them. The Sachin Blasters, despite having what may be considered the better of the two batting lineups, would eventually post only 140 runs for the loss of eight wickets. It was an asking rate of 7.00 runs per over, down from 10+ in the first seven overs. It was not a whole lot to defend in a re-configured Citi Field, where every spectator on the two lower levels could be considered fielders.

Warne’s Warriors in reply, immediately went to war following the early dismissals of the opening pair of Jacques Kallis, 13, and Matthew Hayden, 4. The recently retired Ricky Ponting unleashed on the Blasters scoring an unbeaten 48 off 33 balls (3x6s, 3x4s). Kumar Sangakkara chipped in with a quick-fire 41 off 29 deliveries, including 3x6s, 2x4s. Jonty Rhodes with a solid 20 (3x6s) off 14 balls closed out things for Warne’s Warriors with six wickets in hand and 2.4 overs to spare; claimed the first lien on the Citi All Stars trophy. 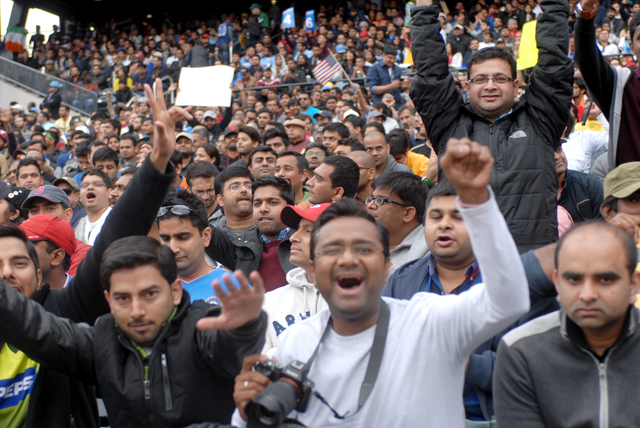 Beyond Shane’s Warriors, the big winners yesterday, were the sponsors who had products viewed by thousands of eyeballs at the stadium and around the world on ESPN, the fans who got to see their idols up close, and Messrs. Tendulkar and Warne. After all, it was only an exhibition match, designed to offer entertainment in exchange for money, and why not, it’s the American way, just watch WWF.

Others, like myself, with a vested interest in the growth and development of the sport in America, was hoping for a greater contribution. However, it’s only the first inning of the game and it can only be hoped, that some of the runs scored in the upcoming innings will benefit the overall development of the sport in this country, beyond the financial business interests.

It is left to be seen if the next two at bats for the All Stars in Houston and Los Angeles, will be better than the first in New York. I hope the organizers would be more generous to the fans in those cricketing communities, giving of their time and experience to the youngsters, in particular. If they do that, it would be a beautiful first inning tour of the All Stars, and I look forward to the All Stars’ second at bats next year.