Australia’s Coaches To Study In The United States

A selection of Australia’s elite and up and coming coaches will head to the United States at the end of June to take part in a study tour aimed at developing Australia’s leading coaches. 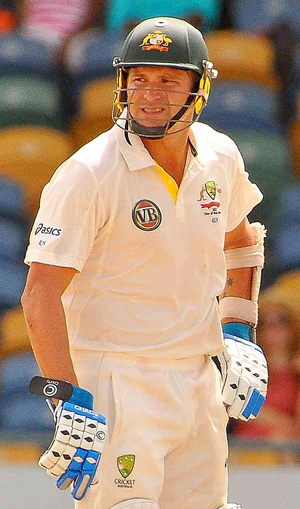 Ryan Harris is one of the former Australian player who will attend the study. Photo by Nick Reid

The study tour is aimed at giving participants the opportunity to experience various elite performance environments, including professional sports, colleges, and media institutions, with a particular focus on next practice and what it takes to create a culture of excellence.

A number of internationally acclaimed organizations will be engaged during the tour including; the San Francisco Giants, ESPN, Google, Apple, Facebook and high profile universities.

Guest hosts and speakers on the trip will include; David Epstein, author of The Sports Gene, Professor Wade Gilbert from California State University and Major League Team coaching panels.

Cricket Australia’s Executive General Manager Team Performance Pat Howard said it was important for Australian Cricket to invest in the professional development of current elite coaches as well as those coaches coming through the pathway system.

“This program represents a significant piece of the overall Elite Coach Program in place for the year.

“All those selected for this tour are currently working across Australian cricket and have been identified as future national coaches.

“It’s about seeing what works well in other elite environments. This trip provides a great opportunity to look outside the box and expand our thinking in a number of areas,” said Howard.

Both Brad Hodge and Mike Hussey were not available due to Caribbean Premier League commitments.

A panel of high performance staff were consulted on the selection of participants.
Criteria for selection included, but was not exclusive to:
• Capability to be a future Australian Head Coach or Specialist Assistant Coach.
• Capability to be a future State/BBL/International Head Coach
• Capability for growth and the ability to learn and share with others in Australian Cricket based on the opportunity and experience.
Plans are currently in place to identify subsequent study tours in 2017 with a particular focus on female programs.