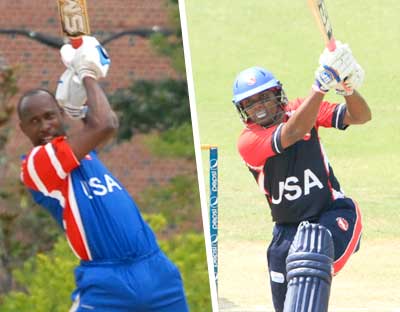 Winning the toss and electing to bat, the Nation ramp to 172 for 1 from 21 overs, when rain stop play for approximately 45 minutes. With the game reduced to a 34 overs affair, Villagers finished on 358 for 4 adding a further 186 runs from 13 overs.

Thanks to two magnificent centuries of 148 (93 balls 14 x4 7×6) and 143 (90 balls 16×4 4×6) from captain Barrington Bartley a discarded USA all-rounder and the talismanic Steve Massiah respectively, both sharing in a 263 runs partnership from 147 balls for the second wicket.

Massiah, who’s batting continued to lead to the question; why isn’t he still wearing the white, red and blue as he’s still considered by many as arguably the best batsman in the country, was scoring consecutive centuries after his sensational century last week against a portent Westbury attack, which set up the Villagers chase.

In reply Pioneer inning was closed at 105, Mickey Alexis being the chief destroyer finishing with 3 for 11 from 6 overs. Another left arm seamer Mikhail Miller who was making his debut, having made the move West to join his former opening ball partner was impressive, finishing with 1 for 24. 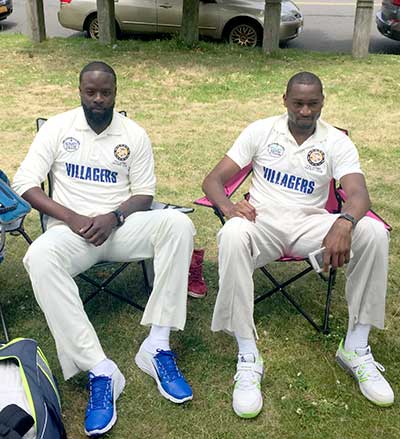 There was also a wicket apiece for former Jamaica youth spinners Rushane Manning (leg-spinner) and Ryan Burnett (off-spinner) both now sporting dread locks. Rako Hallal 31 (20 balls 1×4 4×6) and Jahron Byron 26 (30 balls 5×4) got most runs for Pioneer. Scores in the match; Villagers 358 for 4 and Pioneer 105 all out.

Villagers will next play Atlantis CC who followed up their first round victory to knock Villagers out at the quarterfinal stage in the 2017 Season. Villagers will host at the Roy Sweeney Cricket Oval dubbed the “Office” by the Blue Nation supporters, match time 12 noon.