By Nikhil Sikka
It’s hard to believe that the 2017 Massachusetts State Cricket League (MSCL) regular season has already reached the half-way mark. Time flies and it flies even faster when you are on a roll and having a jolly good time playing with your fellow teammates. This past weekend the Boston Eagles registered their sixth consecutive win, and at the end of Round 7 of the 2017 Massachusetts State Cricket League’s (MSCL) 2017 season. 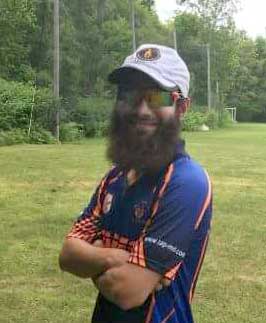 Muhammad Bilal struck 40 and picked up 2 wickets for 26 runs.

The win against the Boston Gymkhana Sports Club A (BGSC “A”), was indicative of the first half of the season, and has been quite remarkable for the Boston Eagles. MSCL is a very competitive league with more than 40 teams and no dearth of talent, and to be the only team in the league that hasn’t lost a single game yet says a lot about the Boston Eagles.

As any New Englander would tell you, the weather in New England is predictably unpredictable. June 24 was no different and the match was reduced to 32 overs due to the intermittent rain showers all morning. The Eagles’ skipper Raghunandan Sridhar (Raghu) won the toss and made a wise decision to field first to take advantage of the fairly wet conditions. Angad Arora and Abhirup Banerjee were the opening batsmen for BGSC “A” and after giving a somewhat decent start to the inning, Abhirup got caught in the gully on an out swinging delivery by Nikhil Sikka. Pratik Dudhane came in next. He is one of those veteran batsmen who can really change the course of a game with his patient yet powerful batting style. While Pratik was rotating the strike effectively, Angad looked a little unsettled on the crease and he finally gave in when he got LBW (29 runs off 41 balls) on a Muhammad Bilal leg-spin delivery.

BGSC “A” batting order runs deep and with no scarcity of good batsmen to fall back on, Prathmesh Jakkanwar came in next. However, Bilal, the rising star of Boston Eagles, had other plans for him and sent him packing as quickly as he came in. Instead of living up to his expectation, Pratik also folded when he played a rather sloppy stroke towards the covers and got caught by Bilal. BGSC “A” was in trouble with 64 for four in 15 overs. The BGSC “A” captain Moinuddin Ghouse (Moin) and Purak Oza tried to build a meaningful partnership, but Archan Chakroborthy got Purak out when he mistimed a hit in the V and the ball went straight into the hands of Harshal Patil. Moin followed Purak just after two balls when he sent up a skier in the same over. 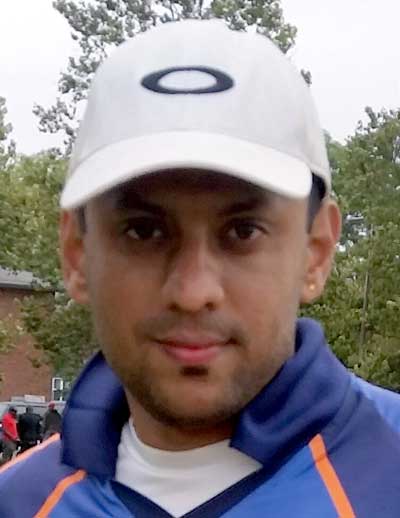 Raghunandan Sridhar scored 36 not out and had 2 wickets for 17 runs.

The BGSC “A” was in a dire situation with 86 for 6 in 22 overs. However, Amirender Andy Singh, a power-hitter, gave the necessary lift the team needed, he began to deteriorate every bowler’s economy rate and played some hard-hitting shots which included five fours and a six. While he was destroying the bowlers, no other supporting batsman really stayed with him at the crease to get a partnership going. In spite of that, Andy did quite a bit of damage and brought the score to a respectable total of 154. He scored 47 runs off 32 balls. Raghu got a couple of wickets to finish his short spell of three overs. Again, Bilal was the most economic bowler and gave up only 26 runs in seven overs with a couple of wickets. Archan got three wickets.

BOSTON EAGLES REPLY
Bilal and Suhas Bhanushali were the opening batsmen for Boston Eagles. Bilal, as if he hadn’t done enough with the ball, played beautifully against the fast bowlers. With great eye and impeccable timing he frustrated the bowlers with cover drives, flicks, and cuts of the finest quality. Suhas provided the needed support on the other end for the first six overs.

However, he got caught behind when he was on 16. Mithun Reddy, who had a stellar start to his season, got bowled out by Abhirup when he was merely at 4. Anil Kumar Yedugani came in next and started rotating the strike from the get go. Bilal on the other end took up the responsibility of accelerating the scoring by hitting hard through cover, long-on, and mid-wicket. Just when he had started to look really comfortable at the crease, Bilal got caught (40 runs in 42 balls) in the fine leg area trying to sweep a rather sloppy ball from Purak. Muqadas Raza came in next and to his dismay got caught on the first ball he faced. The Boston Eagles were 78 for four in 17 overs. Not a bad start but nothing to be proud of. Sanjay Krishna and Anil had a good partnership going when Anil got caught (28 off 39 balls) on Andy’s deceiving leg-spin delivery. 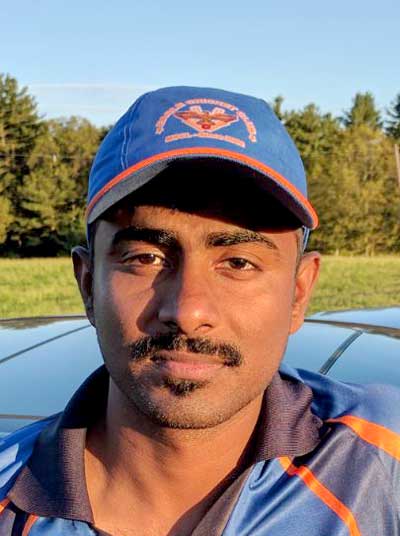 Archan Chakroborthy was the pick of the bowlers bagging 3 wickets for 24 runs.

With only 10 overs to go and 52 odd runs to win, Raghu came to the crease looking to steer the ship in the right direction. However, Sanjay who is a real busy bee on the field made a bad call and got run-out by Ganeshram Subramanian; and before you know it the Boston Eagles were in trouble with 109 for six in 24 overs. The situation was getting twitchier and BGSC A’s bowlers were beginning to put the pressure on Raghu and Harshal. Raghu, in spite of the circumstances, played a very calm and sensible inning and put the pressure back on the bowlers by cleverly scything through the bad balls into the gaps for quick doubles and occasional boundaries. Harshal supported him in the best way possible and didn’t play a single bad shot. The duo went on to chase down the target in the 30th over. Raghu remained not out at 36, a very responsible inning under pressure. Abhirup and Andy got two wickets each for BGSC “A”.

It’s been a perfect start for the Boston Eagles and they look to come back stronger in a couple of weeks to play against the defending Champions Conway Cricket Club on their home turf.