By Khunj Upadhyay
Boston Eagles went into their fifth game of the season, looking to continue their unbeaten streak, having won the toss and electing to bat. However, the in-form opening pair of Mithun Reddy (Mithun) and skipper Raghunandan Sridhar (Raghu) failed to fire for the first time this season. Mithun trying to maneuver a waist high full-toss got caught at mid-on. 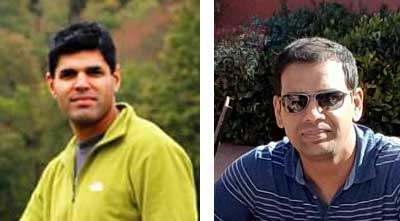 Harshal Patil led the batting with 67 from 84 balls and Narsimha Challa had figures of 4 overs – 2 Maidens – 8 Runs – 2 Wickets.

Soon after, Eagles lost their stylish keeper-batsman Anil as he got a leading edge on a short ball from Deepak Saxena (Deepak). Raghu looked steady at the crease and tried to muster a partnership going but was soon given LBW when he tried to pull a short ball again from Deepak. Eagles were reeling at 32/3, and was hoping that the middle order would stand up to the challenge; and boy did they deliver.

At number four, Harshal Patil (Harsh) started his inning fluently with a classy cover-drive and was joined in the middle by the experienced vice-captain Narasimha Challa (Narasimha). The pair looked solid and steadied the ship before Narasimha was out for 14. Sanjay joined Harshal in the middle and the pair hit it off from the get go; as Harshal grew in confidence, more elegant cover drives and flicks were on display.

Hawks found it difficult to keep Sanjay quiet at the other end as he dominated their bowling and kept toying with the field at will. Sanjay played some amazing strokes for his 28 (25), before yorking himself trying to guide the ball to a vacant gully region. Another partnership was broken at the wrong time for Eagles as they looked to accelerate scoring, Suhas Bhanushali (Suhas) looked threatening as he hit a huge six over the cover boundary, but was unlucky to be out on 13 (12).

With 10 overs to go and Harshal anchoring the inning, the stage was perfectly set for Muqadas Raza (Boom Raza) to launch some fireworks. He lived up to the expectations and scored a quick 32 (19), which included two huge sixes, before he was caught at long-on with a good running catch from Paras Patel. With the score 188/8 in 35.5 overs, Eagles looked to cross the 200 mark. Rahul Chelikani (Rahul) and AK Memon made sure Eagles wouldn’t fall short. Rahul flexed his arms and brought back memories with a six over deep mid-wicket bringing some of the senior Eagle players to their feet. Eagles ended their inning at 218/9 in 40.0 overs.

Eagles knew that in order to gain an advantage they needed to get early wickets and the senior fast bowler Narsimha provided a dream start by picking the wicket of Arvind Somakumar first ball of the inning with a beautiful in-swinger, removing Priyadarshan for 8 (12), with Harshal (star of the day) taking a brilliant one-handed catch, can he do anything wrong? The rest of the fast bowlers Rahul, Mithun, and Harshal, supported Narsimha brilliantly and by the end of 10 overs Hawks were 32 for 4.

After the medium-pacers, it was the spinners’ turn. Shridhar Rao was out to Raghu LBW for 17 (25). AK Memon got Nirav Patel for a duck with his classic leg-spin bowling. Kunj Upadhyay got Pratik Kachhia second ball after the drinks break with Suhas taking a sharp catch at first slip. Hawks were soon 61/7 after some great bowling and catching. It was as if the Eagle players were in a catching competition with each other.

Sajeen KT and Deepak Saxena had a 41-run partnership before Suhas removed Deepak for 17 (37) with his slow and accurate off-spin bowling. Sajeen played very well for his 66 (75), but never threatened to take the game away from the Eagles. Hawks were all out for 173 in 38.0 overs.

A convincing win for Boston Eagles as they continue to carry forward the great momentum into crucial games coming up in the following weeks.