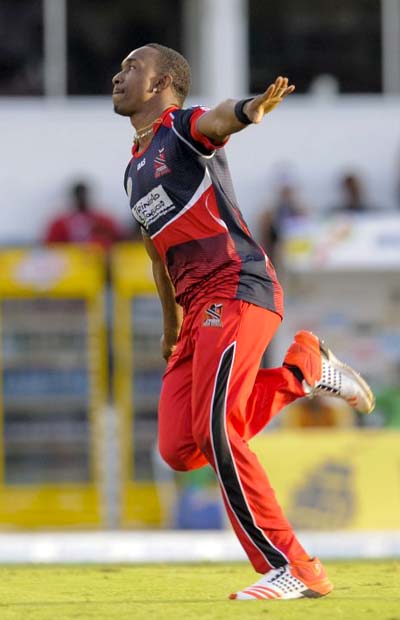 Dwayne Bravo one of the international star. Photo: www.cplt20.com

Along with the players, Cricket Canada and Mercuri Canada, revealed the mark, teams and venue for the league, the first to be fully staged in North America and set to run from June 28 to July 15.

Speaking about this association, Cricket West Indies (CWI) President, Dave Cameron, said, “On behalf of CWI, I would like to wish Global T20 Canada much success. The growth of our region will largely depend on the success of leagues and tournaments like this. We support Cricket Canada and look forward to working even closer going forward, so congratulations and all the best to Cricket Canada and Mercuri Group.”

Teams will be stocked with players through a draft that will take place on May 31. Four roster spots will be set aside for Canadians reflecting organizers’ plan to leverage the league to develop future Canadian talent that will lead the men’s national team to success in international competitions, in both the Twenty20 and Test formats.

The league will comprise 22 matches culminating in playoffs and the championship match on July 16. All contests will take place at Maple Leaf Cricket Club, a cricket-specific facility just north of Toronto that will be expanded to a capacity of 7,000 seats.

“Global T20 Canada marks the first time a nation with associate member status is launching a league – a major step forward in cricket’s global development,” says Ranjit Saini, President, Cricket Canada. “Canadian cricket fans will have a great opportunity to see up close many of the world’s greatest players, and I’d like to thank International Cricket Council, CWI and the international cricket community for their guidance and support in growing cricket in Canada.”

As the newest international league in the format, Global T20 Canada joins a growing list of competitions in India, Australia, Pakistan, Bangladesh, and the Caribbean. Driven by the success of Indian Premier League and Australia’s Big Bash, the Twenty20 format has exploded in popularity with its pageantry, color, pop culture elements, and shorter match duration. Mercuri Canada, which signed a 25-year deal with Cricket Canada to manage and operate the league, plans to grow and develop the league to one day rival its global counterparts.

League broadcast partners, the broadcast schedule and ticket information will be announced in the coming days.