By Sham Ali
(Celebrating 35th Anniversary – Match #1081): Cosmos youths, to-be-future, had challenging day and a good taste of a tasty wicket when they came up against Suburbia at Roy Wilkins park last Sunday. 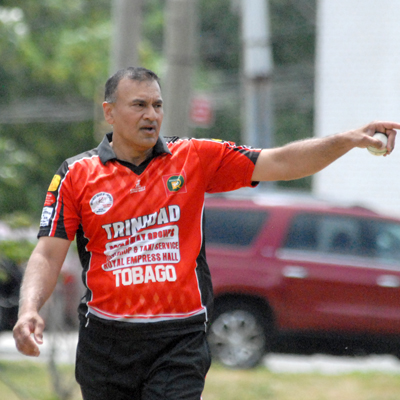 Suburbia claimed the toss and elected to bat got off to a good opening partnership of 54 runs between S. Mondani (26) and M. Hussain (76) courtesy of ‘the umpire’s internal DRS’ in the opening overs; a ‘drs’ that could have envisioned when the ball was just missing top of middle stump or pitched slightly outside off-stump.

Sham Ali eventually effected the breakthrough to remove Mondani when wicketkeeper Daniel Chunilal took a sharp catch standing up. Devindra Balgobin then picked up another two wickets with a lively spell of medium pace bowling, while Alex Chunilall was impressive once again as he led a rather green bowling attack in company with Anand Sanicharran who got 2 for 24, before Suburbia inning closed on a good total of 221 off their for 9 off their allotted 35 overs.

Daniel Chunilall and Anand Sanicharran walked out to open the inning for Cosmos, and much to the left-handed Sanicharran’s welcome he padded outside leg stump and was outdone by a rather laughable lbw decision. Danny Prince (4) had a brief taste of the new ball as well as D. Balgobin, before Alex Chunilall joined his brother and held on for a while. D. Chunilal (21) was sent back via lbw off a thick inside edge, and another one of those ‘hair-brain’ decisions. Cosmos senior batsmen add some respectability to the inning with Sohan Dass getting 19 runs, Debo Sankar 16, and David Mohamed 25 as the inning closed on 121 all out.

Cosmos will play Islandwide on Sunday at Van Courtland Park.