By Ravendra Madholall in Toronto
After three completed rounds in the 2015/2016 West Indies Cricket Board Professional Cricket League regional four-day tournament, Guyana Jaguars are in ascendancy of retaining the coveted cup. 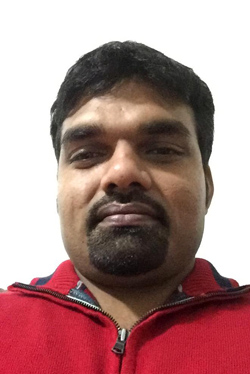 Former Guyana opener Krishna Arjune stated that he had these expectations that the boys from the Land of Many Waters would have continued with the same degree of momentum from the previous competition.

According to the right-hander, the domination so far comes directly from the good leadership of Leon Johnson and excellent coaching staff which is made up of Eusan Crandon and his assistant, Rayon Griffith.

“I think the way Guyana Jaguars [are] playing, winning the championship again is on the horizon; the coaching staff is experienced and I know they are also quality former cricketers and personnel,” Arjune reasoned.

In their last outing, Guyana Jaguars won eight of their ten games and ended with a whopping 148 points and so far in this season’s edition, the Guyanese, after gaining nine bowling points and eight batting points, are currently leading on 53 points.

“The confidence is obviously high after their dominance in the last competition and being dominant so far is also very good and that is why I am so confident of them recapturing the trophy in this double-round,” Arjune, who once again, plays professionally in Canada this year, related.

In the fourth round which is presently in progress at Queen’s Park Oval against Trinidad and Tobago Red Force, Guyana Jaguars already with first innings lead by the conclusion of day three on Sunday.

In their opening match against Windward Islands Volcanoes at the Guyana National Stadium, Providence, Guyana Jaguars emerged with a 104-run victory while at the same venue, they thrashed Leeward Islands Hurricanes by an emphatic innings and 30 runs.

Probably buoyant by those two convincing wins, the Guyanese ended a losing drought against their perennial nemesis Barbados Pride by over three decades at home coming out with a nine-wicket triumph also at the aforementioned venue.

“The way they started off beating Windward, Leeward and then Barbados, I think they have got the motivation now; they have a great side and some veteran players in their team to continue doing well,” Arjune, who featured in 40 first-class matches for his country, explained.

Guyana Jaguars will clash with another traditional rival team Jamaica Scorpions at Sabina Park in their fifth match starting on Friday before taking a break for the forthcoming Holiday season and return for the double-round segment in early February.