In an age of high impact, fast paced T20 cricket the execution of basics often gets forgotten. Luckily for Richmond Hill Liberty Cricket Club (RHLCC) this was not forgotten by all. Altaaf Habibulla executed batting basics brilliantly under pressure to deliver his team an EACA semi-final victory on Sunday. 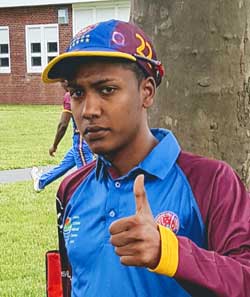 Leon Mohabir bagged 4 wickets including 3 in his first over to set up the win.

Skipper, Trinson Carmichael, chose to take first go at the BACC batting order after winning the toss. Mark Anthony Gomes escaped with a life off the third ball of the match to reel off a quick 31, losing his opening partner, run out, on the way. Gomes welcomed Mohabir into the attack by dispatching his first ball behind square leg for four.

Looking to establish his dominance over the whiney spinner, Gomes picked long on as his next target but only managed to pick off long on for a simple catch. This seemingly set a fire on Mohabir’s wrist. He struck twice more before he ended his first over of the match. This left BACC at 51 for 4 after 10 overs. Enter the hard hitting BACC captain Jamal Hickson to the crease.

Jamiel Jackman, who has been having a breakout year, was just settling into his rhythm when he broke the edge of Winston Forester to the ever ready Trevor Henry at first slip. This brought in West Indies, First Class player Donwell Hector to the crease to pair up with Hickson. The buzz coming into the semi-final was all about the fireworks this duo lit the Baisley Cage up with the previous Sunday to make light work of a 226 runs chase.

In the second ball of his 4th over Jackman produced what can only best be conservatively described as the ball of the day. A back of the length, lifting delivery, angling into the body of Hector forcing him to bail out of a back foot defense. The pace on the delivery, however, did not allow the batsman any time to comfortably react and brushed the evading bottom hand on its way to Christopher VanTull behind the stumps, BACC 57 for 6 after 12 overs.

Hickson and Garfield DeRoach saw their team to 72 at the 15 over break before Mohabir removed the latter in the 18th over. Hickson, zoning in and looking to bail his team out of trouble struck 2 fours and 2 sixes in his 32 before looking to clobber Carmichael for another six. He only found the safe hands of Rikhi at deep mid-wicket, setting off a blue eruption on the field. RHLCC knew they had gotten their man. Even better Carmichael scalped another wicket the next ball. BACC 110 for 9 after 23 overs. 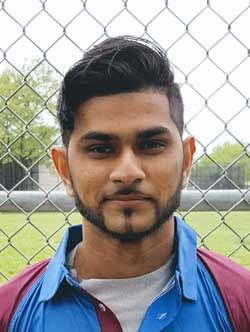 The last pair added 18 before Inzy Khan trapped the number 11 leg before wicket to close off the BACC inning at 128. Mohabir finished with 4 wickets for 40 runs, Jackman 2 wickets for 15 runs, Carmichael 2 wickets for 24 runs and Khan 1 for 17 runs.

It is with these comforts in sports, however, that complacency tends to set in and keen oppositions pounce. BACC proved to be very keen on the day and delivered a string of 5 overs for just 3 runs and scalping 3 key RHLCC wickets, rooting out the top order. RHLCC 92 for 6 after 21 overs.

Habibulla was at the crease on zero when he was joined by Danesh Deonarain for the 7th wicket. The diminutive lefty kept his calm amongst the now rampant BACC squad. Playing each ball to its merit he defended as well as he put away the bad balls on offer. The 23rd over yielded 3, the 24th 3, the 25th 2 and finally some breathing room was allowed when Habibulla took 9 off the 26. RHLCC needs 20.

Speedster, Seon Daniels reintroduced into the attack as the last throw of the dice for BACC. Habibulla not bothered saw him off equally well carrying the score to 119 before a running mix-up resulted in the run-out of Deonarain (4) and giving BACC a last gasp of air. Habibulla kept his cool, however, even after he lost Mohabir who looked to end it in one swing with four left to get. Habibulla, on strike after the fall of the wicket, was handsomely rewarded for his effort after Mark Anthony Gomes delivered four wides to end the match handing RHLCC the 2 wicket victory and a good reason to celebrate. 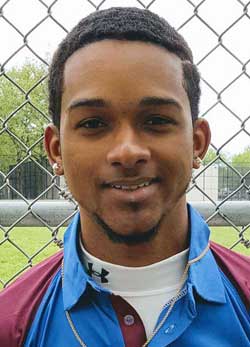 Jamiel Jackman picked up 2 for 15 in a disciplined spell of fast bowling.

Habibulla finished unbeaten on 22 off 48 balls. An inning which may have very well carried the worth of a century off 48 balls. Abdool Raheem 3 wickets, Mark Gomes 2 wickets and a scalp each for Daniels and Forester were the successful BACC bowlers.

The win for RHLCC setup an enthralling final at the Baisley Cage this coming Sunday. League leaders Everest/ACS pulled off a tight victory over Galaxy Cricket Club in their semi-final to set up the EACA elite encounter. Game time is at 12 PM at the popular Baisley Cage.