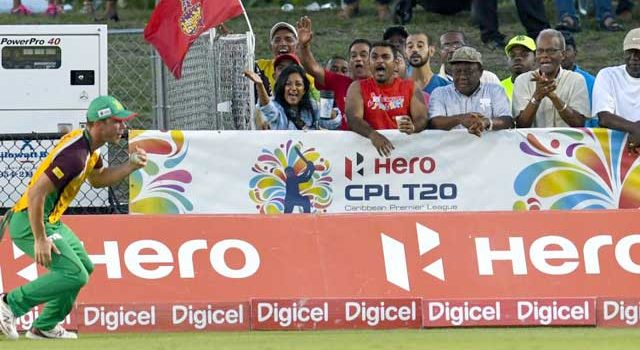 Tickets for the 2017 Hero Caribbean Premier League (CPL) Twenty20 cricket matches that will be taking place in the Central Broward Stadium in Lauderhill, Florida on the 5th and 6th August 2017, are now available to purchase from 18 outlets across South Florida.

Hero CPL’s matches last year brought the “Biggest Party in Sport” to the USA and returns for the second time in 2017. All tickets are double headers and going fast, make sure you make your way to one of these outlets as soon as possible so you don’t miss out.

The best cricketers in the world will be taking part in the four matches including likes of; Chris Gayle, Keiron Pollard, Kane Williamson and Shoaib Malik, giving cricket fans, and fans of Carnival atmosphere and sports in general a thrilling two days of Twenty20 cricket .

Damien O’Donohoe, CEO of Hero CPL, said: “World-class cricket has been scarce in the USA for far too long and we are delighted to be back in Lauderhill for the second time. In 2016 the event was a huge success and this year it is going to be even bigger and even better. Many of the outlets that will be selling tickets are businesses that are run by the Caribbean diaspora community and it is fantastic to see them supporting the biggest sporting event in the Caribbean.”

The venues where fans can purchase their tickets are as follows: