Highlanders Survive A Scare Against RPI 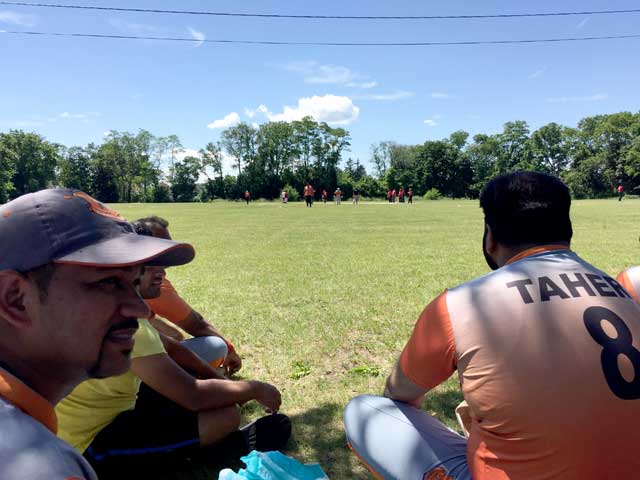 By Sudharsan Ramarao
Albany, NY – June 24, 2017: Chasing a subpar total is always tricky. Aggression would be termed needless while conservativeness runs the risk of taking the game closer to the edge. The Highlanders Cricket Club chose the latter and for all the talents present on their roaster, they made a seemingly innocuous target of 98 into something bigger.

Full credit to Rensselaer Polytechnic Institute (RPI) for the way they applied themselves in the bowling and fielding departments with consistent pressure on the Highlanders’ batsmen. Despite the pressure of a scary outcome, Highlanders made the target with four balls to spare.

Needing 99 for a victory, the highlanders were rocked early with both their openers being dismissed cheaply. Naveenan Thiagarajan ran out of luck again as he was stranded mid-pitch while trying to steal a tight single.

Varun Penmatsa the other Highlander opener was bowled uncharacteristically to a wild swipe. Highlanders were then 10 for 2. Vishal Sridhar joined hands with Hariprasad Amanapu. Vishal and the big-hitting Hariprasad first chose to play out the new ball safely without losing any more wickets, before picking up easy singles, and played mostly along the ground without taking any chances. 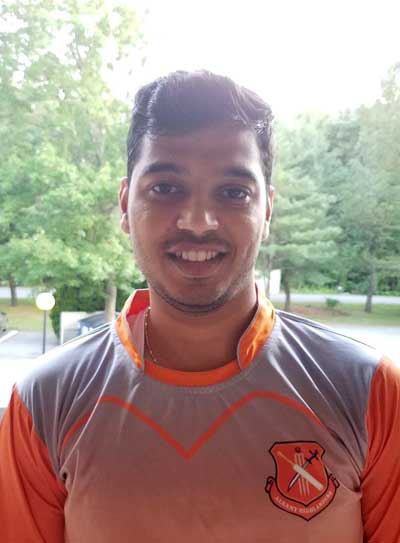 Sridhar Mahendrakar was named man-of-the-match for his effort.

Once the two batsmen were confident that the highlanders were safely out of trouble, they started to play more shots. Vishal’s wristy flick towards the square-leg boundary, and Hariprasad’s lusty blow over the mid-wicket boundary eased out the residual nerves of the rest of the Highlanders’ team sitting anxiously on the sidelines. Just when it seemed that everything was under the control of the Highlanders, Hariprasad chipped one to short mid-wicket and was out for 27. Highlanders needed 20 off four overs. Dinesh Bhardwaj then came on to bowl the most dramatic over of all, and turned the match upside down by picking up three wickets; and conceding just one run.

The most remarkable of all was the wicket of Sridhar Mahendrakar who hit a clean blow towards wide long-on. The shot had six written all over it except for the fact that there was the leaping Arun Gandhi who plucked the ball out of thin air, in what could be termed as the catch of the league’s season so far. But the turnaround didn’t last long for RPI, as Bhavik Dalsania coming in at six knocked off the runs to seal the game for Highlanders.

Earlier, the Highlanders had won the toss and put RPI in to bat. The RPI openers started off very cautiously setting out their agenda of preserving wickets early and going for the kill later. Arun Bhaskaran made 16 runs while the other opener Gopal Goswami, a hardworking cricketer, batted thru the innings and made a fighting 47. The most telling sequence of play that dictated the further course of the game was the over that Sridhar bowled to Arun Gandhi, the stylish RPI batsmen. Sridhar put just two men on the leg-side, and everyone else inside the circle inviting Arun Gandhi to attack him. Arun obliged the invitation and greeted him with a sweetly swept boundary. But Sridhar didn’t relent, as he kept enticing Arun throughout the over eventually getting him stumped off a wide. For his two wickets and captaincy that saw aggressive field placements, Sridhar was adjudged the Man-of-the-match.