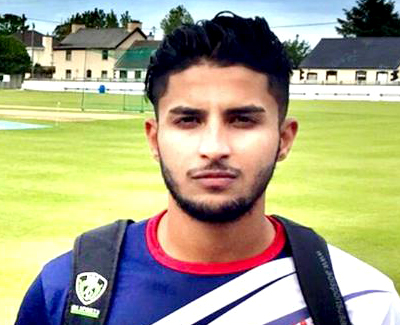 Fahad Babar is a surprise omission from the 15 players named.

A 15-man squad, plus five reserves, was selected following the ICC Americas Cricket Combine that took place in Indianapolis from September 20 to 27.  Over 90 players took part in the Combine, while several hundred players were assessed as part of an online application process.

“We’d like to thank all the players and coaches involved in what was a unique process to select the team,” said ICC Americas High Performance consultant, Tom Evans.

“There is an exciting amount of talent in the region, and we are looking forward to helping the players selected, and those that missed out this time, continue to improve.”

The full list of selected players is provided below:

The player leaders and team coaching staff will be announced at a later date.

“I am really thankful to the ICC and WICB for this opportunity,” said Canadian batsman Ruvindu Gunesekera.

“It’s exciting to be selected in the squad for this event and I look forward to representing my country and the region with pride and taking it up to the best players in the Caribbean.”

The best performing ICC Americas players during the Nagico Super50 could receive an opportunity to trial for the Caribbean Premier League (CPL).