With USACA now in the second year of a suspension by the International Cricket Council (ICC), and the third such suspension in a little over a decade, the ICC last week issued an update to cricket stakeholders across the USA on the current state of affairs regarding USCA’s suspension, and steps ahead for cricket development in the USA.

Eric Parthen, ICC’s USA Project Manager in the update letter thanked stakeholders for their support and help in growing the sport in this country, on behalf of ICC Americas. Parthen stated, “In response to many questions we received, I wanted to get out a quick note to both update everyone on USACA and to also communicate upcoming programs that our office will continue to lead and oversee while USACA remains suspended.

With respect to USACA, over the last few months, our staff along with staff from ICC headquarters and the Sustainable Foundation Advisory Group (SFAG) have worked in good faith with USACA to continue to try to build a Constitution that will both unify the community and be a foundation for the continued growth of cricket in the U.S. This included a face-to-face meeting in Dallas on December 12 with leadership from USACA, members of the SFAG and staff from the ICC including CEO David Richardson and COO Iain Higgins.  We took some significant steps forward at that meeting and have continued to move forward in hours of subsequent calls and emails.  While we haven’t always agreed, I think we’ve all worked together in the best interest of the cricket community.” 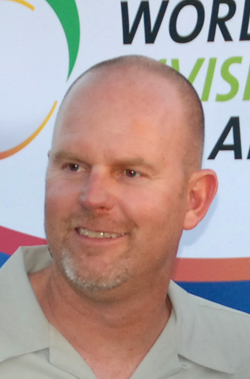 At the center of the issue regarding the reboot of cricket in the USA, is a revised constitution that forms the basis of good governance of the sport in the USA and the unification of all involved parties. Since the formation of the ICC appointed Sustainable Foundation Advisory Group, cricket stakeholders have been anxiously awaiting the outcome of deliberations on the issue by the ICC and the parties involved. Parthen added, “The ICC Board heard an update on the work to date on February 4 and sent a clear message that the revised Constitution should be finalized and provided to USACA as soon as possible so they can vote on it by no later than April 1 so the ICC Board can again consider USACA’s suspended status at their April Board meeting.”

In the interim, the ICC Americas office has taken a hands-on approach to the development of the sport and players in the USA through a series of Cricket Combines and tournaments for both men and women, and it appears as though those initiatives will continue under the auspices of ICC Americas.

In his update letter to stakeholders, Eric Parthen advised, “The ICC Americas office will continue to lead and oversee the selection and preparation for Team USA Senior Men, U18’s and Women’s squads who all participate in important global events this year.”

Accompanying the update was a schedule of activities planned for the Senior Men, Under 18’s and Women’s squads (See below). Eric Parthen, appointed USA Project Manager late last year, said, “We believe these plans, coupled with strong competition within local leagues and support from all US cricket stakeholders should allow Team USA’s men, youth and women the best chance at success in 2017.”

Commenting on the above mentioned schedule of upcoming activities, Parthen noted, “Further to these National programs, it is our hope that “zonal” high performance and talent ID initiatives will be rolled out later in the year to support the on-going development of cricketers within key geographical centers across the country.

ICC Americas is also partnering with Cricket Australia, the US Olympic Committee, other National Governing Bodies and US cricket stakeholders to create a specific USA Coach Education system. This is a major piece of work that will be rolled out in phases. The hope is that draft “Intro to Cricket (Level 0)” and “Level 1” content will be complete in time for a Level 1 Course in Atlanta in May. Following this initial course, facilitators from around the country will be trained in order to roll out Level 1 Coaching Courses in Q3 or Q4 of 2017.”