Kings XI Starts 2015 Campaign With A Thrilling Win Over Panthers 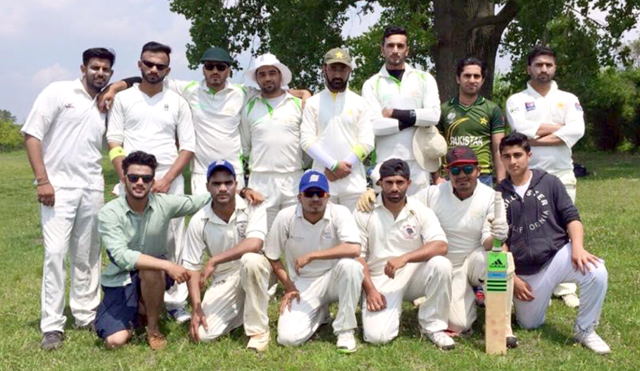 Kings XI United formerly known as Kings XI Punjab, kicked off their 2015 American Cricket League campaign with a thrilling win over Panthers last Sunday at Seaview 108th Street. Kings XI received a lusty blow before their opening game, when they lost their in-form opening batsmen and all-rounder Usman Ashraf due to an injury.

Kings XI skipper Mohammad Awais won the toss and elected to field first on a beautiful day. Veteran batsmen Ejaz Butt and Fahad Riaz opened the batting for Panthers and laid a strong foundation by putting up a partnership of 80. 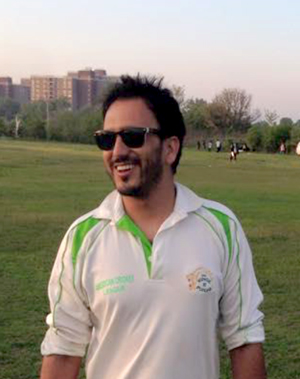 Kings XI attack bowlers were Zulqarnain Mehar and debutant Zain Ali. Both bowled a very tight spell but Zain’s efforts went in vain, when a thick outside edge off of Ejaz Butt’s bat went through the slip and the keeper. Off-spinner Hassan Tufail was bought into the attack and got the first breakthrough for his team in his second over when he dismissed Fahad for 26 which triggered a collapse. The skipper Awais instantly noticed the struggle of Panthers batsmen against spin and leading from the front he brought himself into the attack. Awais immediately struck twice in an over to dismiss Hamza Rana and Panthers’ captain Zafar reducing them to 90 for 3.

Awais came back in the 24th over and dismissed Zeeshan Arif. Panthers were reeling at 104 for 4 but a late surge from the young hard hitting batsmen Hamza Raja bought Panthers back into the game as he put up a strong partnership with Ejaz Butt. Panthers posted a target of 196 after Hamza scored a quick fire fifty and Ejaz Butt struck calm 60.

Mohsin Khan and Hassan Tufail opened the innings for Kings XI United, the pair started confidently with Hassan immediately attacking the opposition. The young left arm seamer, Burhan Saeed led the Panthers attack by bowling a tidy line and striking in his third over, trapping Mohsin Khan LBW for 4. Azrab Cheema was promoted to number three and joined Hassan.

Both Hassan and Cheema played strokes to all parts of the ground. The pair added 70 runs for the second wicket, putting the opposition under pressure. Hassan bought up his first half century of the season with a beautiful shot down the ground but was soon dismissed when he tried to loft a full toss over point. The experienced Asif Mahmood was the new batsmen for Kings XI and was looking confident.

In the 20th over, Ali Sheikh came back for his sixth over and dismissed Azrab Cheema who tried to go across the line in an effort to target the vacant leg side boundary but was trapped LBW scoring 32. The skipper Mohammad Awais walked in at number five with a huge responsibility on his shoulders and played well for his 26 which included a huge six over midwicket boundary. Asif decided to attack the opposition and was dismissed when he attempted to loft Fahad Riaz over midwicket.

Awais’s dismissal was a turning point in the game and it triggered another collapse. Kings XI lost 4 wickets in 10 balls and required another 30 runs from the last four overs with one wicket in hand. That’s when Mauzam Shah walked in and immediately launched an assault on the Panthers. He struck three fours and 2 huge sixes and carried Kings XI over the finish line with the final blow of a huge six over midwicket boundary.

Kings XI United chased down the total in the 24th over and kicked off their 2015 campaign on a winning note.