Massachusetts Patriots Off To A Winning Start 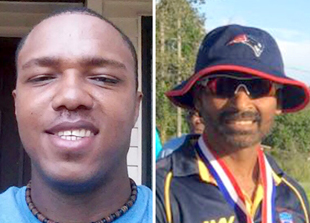 Having won the toss Raghunandan Sridhar, the new Captain of the MSCL Patriots put SCtCL in to bat first on a two-paced wicket with an awkward bounce. Bruce Blackwood started off the Patriots’ season with a wicket off the very first ball. Ably supported by Abhirup Banerjee, the opening spell held the SCtCL inning on the hooks.

Fazzal Alam came in first change and broke through the middle-order, nabbing three wickets and reducing SCtCL to 30/5 in 15 overs. SCtCL did well to consolidate and string together a late couple of partnerships to get the score to 150. Rajesh capitalized MSCL buttery fingers on the field with a top score of 62 odd runs in a sixth-wicket partnership with Prasanna, 32. Debutant spinner Jack Patel got a wicket to break an important partnership, before a late innings surge took the SCtCL total to 177 in 40 overs. 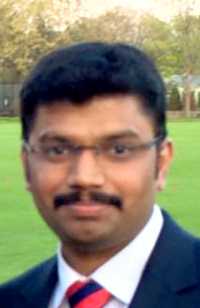 Donahue Clarke and Nickel Haye started the Patriots innings steadily to bring up 50 in 7 overs, before a marginal LBW call sent back Clarke. Debutant batsmen Nachiket Gokhale and Nadim Ahmad showed glimpses of ability before getting pinned down by the SCtCL spinners. The SCtCL spinners operated economically and picked up wickets regularly, reducing the defending champions to 82 for 5. MSCL experienced middle-order Fazal (20) Bruce Blackwood (38*) and Pratik Dudhane (26*) played through the spinners’ spells cautiously and knocked off the remaining 60 odd runs with 5 overs to spare.

MSCL Patriots lost seven wickets in the chase. Fazzal Alam ended with four wickets and scored 20 runs, Bruce Blackwood scored an unbeaten 38 and took 3 wickets in his 8 overs, he also held on to two catches, and was deservingly adjudged the Man-of-the-Match.

Thanks to SCtCA president Jay Singh and Shafi for their great hospitality, and tasty biryani and drinks.

The next game is July 9th in Boston.