Middlesex Cricket Club of New York completed their seventh season in the Brooklyn Cricket League. For the sixth season Middlesex made it to the semi-final stages of the 40 overs, and Twenty20 formats. Mark Audain former Middlesex Captain, former St. Vincent and The Grenadines and Windward Islands youth player topped the batting and bowling chart. 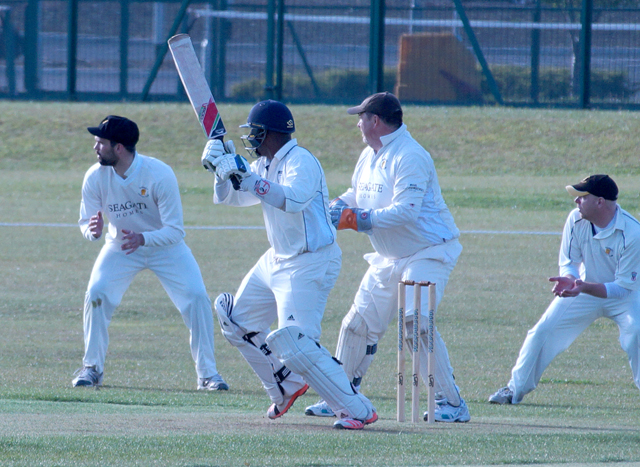 Mark Audain bats during his stint in England.

Fresh from his league stint in England with the Hampton Cricket Club, the flamboyant all-rounder produced  657 runs, with an average of 43.80, his best score 104 vs Diplomats Cricket Club,  he picked up 20 wickets at an average of 14.05, with his best bowling 4 overs, 2 maidens, 14 runs, 4 wickets against St. Lucia Cricket Club.

Newly appointed captain Rod Michael was second in the batting aggregate with 602 runs, at an average of 46.30 and his best, a maiden century 104 not out vs St. Lucia. The captain was 2nd in the bowling capturing 15 wickets at an average of 14.46, his best bowling was 3 overs, 21 runs, 3 wickets against Miami Power. 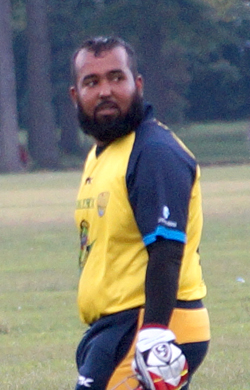 Kavir Singh the Guyanese swing bowler was third in the bowling aggregate, he captured 13 wickets, at an average of 27.69, his best bowling was 7 overs, 3 maidens, 45 runs, 3 wickets.

The season was marred by some controversial decisions by the Brooklyn Cricket League Executive committee, Middlesex felt the club was unfairly penalized with the evidence which was presented to the committee. The rules was changed or ignored to accommodate different club, Middlesex felt the facts and rules was ignored that was presented. A perfect example, Middlesex won the semi-finals of the 40 overs competition, the semi-finalist protested over an alleged illegal player and was award the final. But in previous weeks the semi-finalist committed the same offense. All in all Middlesex enjoyed another productive cricket season.

Middlesex will like to extend its condolences to Dominic Audain and Mark Audain on the passing of their beloved scorer and supporter Camille Natasha Richards, Dominic’s mother, Mark Audain ex-wife, she was 44 years old, and she was laid to rest October 14th, 2015 and will be surely missed by the club and BCL supporters.