The United States of America Cricket Association has appointed Muhammad Ghous as captain of Team USA ahead of the Pepsi ICC Americas T20 Division 1 Qualifier. Ghous has represented USA at the under 19 and senior teams as an all-rounder since 2009 and 2010, respectively. Nasir Javed will be at the helm as Head Coach, and Robert Pydanna has been reappointed as Assistant Coach of Team USA. Mrunal Patel from the Reserves Player list replaces an unavailable Japen Patel. 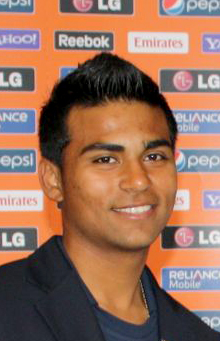 Pepsi ICC Americas T20 Division 1 Qualifier
The tournament will be held from May 3-10, 2015 in Indianapolis, Indiana and will feature USA, Bermuda, Canada, and Suriname. The top 2 ranked teams will advance to the 2015 ICC World T20 Qualifier to be held in Ireland and Scotland from July 6-26, 2015.