NVCC: 2015 Players Of The Year Awards 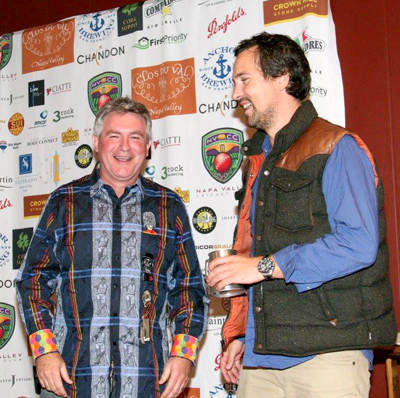 A good season on the field with six wins and six loses meant that competition was again strong this year for the four statistical based awards. In addition to these, NVCC President, Phil Bourke, presented an annual President’s award to a member who contributed to the club over and above. The winner of the 2015 award was Australian Emma Brown. Brown who moved to the Napa Valley in early 2015 has been a driving force on the club’s social committee this season, in addition to being actively involved in the NVCC’s Valley Fire efforts.

The winner of the “All Rounder” of the year award was Pakistan-born Moe Maqsood. Maqsood has been a member of the club for a number of years, but 2015 saw him play seven games in which he excelled in all three disciplines to post the following figures: batting – 7 innings for 158 runs with an average of 26.3 runs and one 50; in the bowling department Maqsood bowled 35 overs at a cost of 149 runs and taking 6 wickets, with an average of a wicket every 12 balls bowled. His best bowling performance of the season was 2 wickets for 18 runs. In the field Maqsood took six catches.

The individual awards for batting, bowling and fielding were won by Australian-born John Leake, Indian Kiranpreet Singh and NVCC club president Bourke respectively. Leake batted 4 innings for 433 runs with an average of 433 runs and a high of 133 retired. Leake’s season included three centuries, all retired! Singh bowled 36 overs at a cost of 148 runs taking 13 wickets with an average of a wicket every 16 balls bowled, and a season best in one game of 5 for 16. Bourke excelled behind the stumps with six catches and two stumpings. 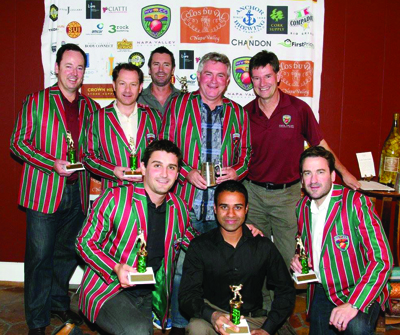 The awards for on-field achievements were presented by Club Captain Rob Bolch who remarked on how close many of the annual awards had been. Bolch credited the club’s growth in 2015, and commented that the competition was the strongest ever in 2015 in the club’s history.

NVCC President Phil Bourke paid tribute to all of those who made 2015 such a successful year, both on and off the field. Bourke thanked all of the sponsors and volunteer members who helped to make 2015 a banner year for the NVCC. In addition to traveling to San Diego in May, the NVCC hosted Merion CC (from Philadelphia) in October, as they toured California to celebrate their 150th anniversary.

As the evening’s awards drew to a close the NVCC retrospectively honored all of its members who have achieved cricketing milestones in the history of the club. Batsmen who have scored centuries (100 runs +) and bowlers who have taken “Five Fors” (five or more wickets in a single game) were all honored. 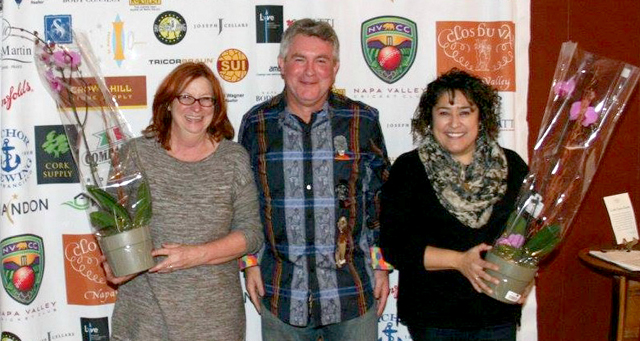 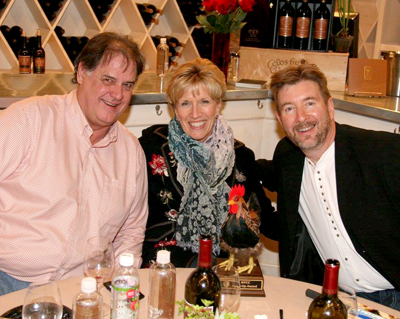