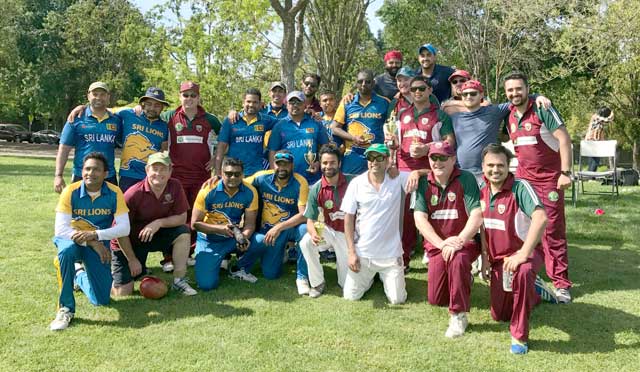 The Napa Valley Cricket Club (NVCC) kicked off the 2017 season with a win on the road against the Sri Lanka Lions in Arroyo Park recently. For their first outing of the season NVCC mastered the low and slow wicket to run out comfortable winners in a very low scoring game.

New members buoyed the ranks of the NVCC team on the day and all made valuable contributions to the team’s efforts in each innings. The Safradi brothers, Mustafa and Mujtaba, both bowled good tight lines in their first outing in NVCC colors while Karan Grewal was also economical. With the bat Tim Marshall played a solid, long, but ultimately low-scoring innings to help anchor the chase and get NVCC over the winning line. The Lions target of 82 was reached by NVCC in 22.1 overs – of a maximum of 30 – and as NVCC still has some batting firepower to come the result was never in doubt once Amritpal Bhatal and Jamie Johnson paired up for the ninth wicket.

Having won the toss, the Lions chose to bat but never took advantage of their decision as a combination of the inconsistent pitch, pinpoint bowling, and sharp fielding meant they built few partnerships and no single player made it to double figures. A strong opening spell from Moe Maqsood and Grewal produced three wickets in the first six overs and that continued as captain on the day Adersh Maqsood, Moe’s brother, brought him and Mustafa Safradi on to try their luck. They each picked up a wicket in their first over with Safradi’s the result of smart catch at first slip by Abhijit “Doc” Adhye. Adhye was in top form in the slips taking another scintillating catch, this time off Maqsood to dismiss the Lions’ Prassanna. 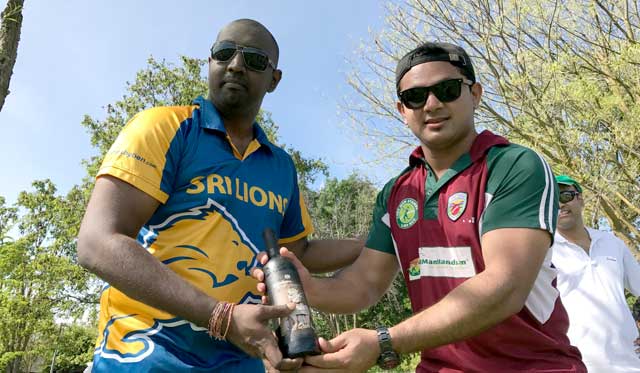 Excellent ground fielding saw NVCC get two run-outs – one each for Pete Sander and Pete Cameron – as the Lions middle order imploded. A stretch of six consecutive overs from Bhatal saw him take four wickets for the loss of only six runs with a double-wicket maiden the highlight and the chance of a 5-for dropped by an energetic Chandanpreet Singh in the field. NVCC wrapped up the Lions innings for 81 runs off 25.4 overs.

Captain Maqsood set out his stall by opening the batting with his big hitting brother Moe who partnered with Adhye for a very solid and respectable 31 for the first wicket. Most of those runs (21) went to Moe as he dispatched any loose ball with vigor. His 18-minute stay in the middle saw him rack up two sixes and a couple of hard run two’s and after only 4.5 overs NVCC had 38% of the chase in the bank. Moe’s dismissal brought Marshall to the middle and while he scored off his first ball he was to adopt a very clever, and defensive, approach that was the bedrock of the NVCC innings. With Adhye dismissed soon after a procession NVCC batsmen came and went – Singh 2 runs off 7 balls, Cameron 0 off 6, Pete Carson 1 off 13, A Maqsood 0 off 2, Sander 1 of 3 – while Marshall kept up the other end. With NVCC on 65 runs and the winning post in sight Marshall freed his arms but was dismissed. With Johnson seeing the ball well from the other end Bhatal came to join him and the pair saw NVCC to victory with sensible singles punctuated by only the sixth boundary of the game from Bhatal, a four to deep fine leg. 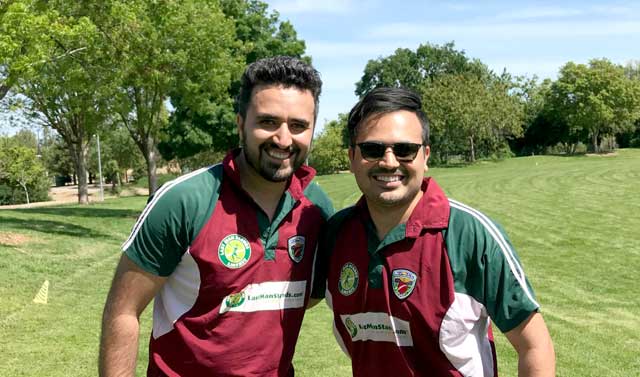 The Safradi brothers, Mustafa and Mujtaba pictured at their first match for NVCC at Arroyo Park, Davis. Submitted Photo

“It’s a great start to 2017, and our sixth season, to win our first game in such convincing fashion” said NVCC captain on the day Adersh Maqsood “especially since the ground here at Arroyo Park in Davis has never been good to us, in many years of trying. We haven’t had much practice over the winter with the loss of access to the facility we used for indoor practice allied with our move away from Calistoga. The Sri Lanka Lions team played well but the addition of a number of new members and a great showing with the ball from Amrit made all the difference.”

On the topic on moving away from Calistoga NVCC president Rob Bolch, who took a wicket on the day added “After five great years in Calistoga our time there sadly came to an end over the winter. The new Boys & Girls Club building meant that we could no longer play cricket on the Carnival Lawn at the Napa County Fairgrounds. With that in mind we’ve been working on a number of options for new playing facilities in Napa and are close to agreement with both the Napa Expo and Napa State Hospital for access to both of these properties. Once we have more details we’ll let folks know.”

Next Game
Saturday 6th May 2017 – AWAY to Marin CC Socials at Piper Park in Larkspur – from 11am.