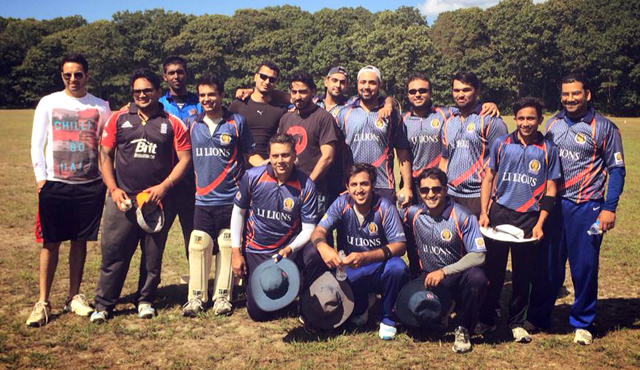 After a very hard fought and evenly balanced season in Division-A of Commonwealth Cricket League, it has come down to the final game of the regular season to crown the 2015 Champion team. On Sunday September 13th, defending champions Long Island Lions meet NY Kings in the final at Whitestone Bridge Park and it surely looks like a great match up between two really solid teams.

At the beginning of 2015 playoffs LI Lions and NY Kings started at Rank #6 and Rank #8 respectively; but some great team and individual performances have them just one step away from the coveted divisional champion trophy for one of the oldest and the biggest cricket league in USA.

Both semi-final games were played at Hecksher state park a couple of weeks ago and saw these two teams successfully execute their plans to come over two real strong teams. LI Lions defeated Pak Warriors by 70 runs after their ace bowler Ashish Kumar took a five for in a crunch game and ran through a strong Warriors batting line up. In the other semifinal, NY Kings defeated last year’s runners up team LI titans by 65 runs after an amazing 43 ball 108 by their inform batsman Romi Garcha.

It’ll surely be a cracker of a game this Sunday since both teams are in really good form and want to finish the season on top!

The stage has been set, and on display will be 22 very fine cricketers. One team will surely emerge as the winner, but for now, it’s anybody’s guess.

See you Sunday, September 13th at Whitestone Bridge Park starting at 9.00 am. All are invited.