By Sam Sooppersaud
Yes folks, a fiesta! Not the kind involving a mariachi band, dancing Muchachas, and maybe, some Tequila. This is a fiesta that employs a cricket bat, cricket ball, pads, gloves, and other accoutrements used in a cricket match.  An exciting, hair-raising, breath-taking, pulsating format of cricket. In other words, an inaugural Twenty/20 cricket fiesta of matches involving four teams representing an equal number of geographical entities or countries. 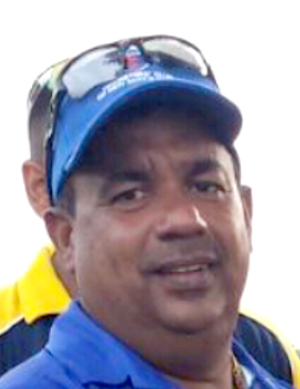 The Rockaway T20 New York Cricket Fiesta is set to kick off this summer in New York with four teams representing Bangladesh, Guyana, Pakistan, and Trinidad & Tobago, and sponsored by the Rockaway Group of Companies, and through its CEO Hafeez Ali. The tournament will have prize purse totaling $10,000.00

Twenty/20 cricket has won fans over from the other formats into its fold. Even diehard Test cricket and ODI fans are quick to confess that the fast-paced, “anything-can-happen-in-a-Twenty/20″ format, has lured them away from the more traditional formats of the sport. Yes, Twenty/20 cricket has taken the cricketing world by storm. The Australian Big Bash, West Indies’ CPL, Bangladesh Premier League, and the mother of all T20 leagues, the Indian Premier League (IPL), England, South Africa, and Sri Lanka, all have their versions.

In New York City Twenty/20 cricket is played in some of the leagues, but not on a large scale basis. The format is often squeezed in after the so-called main (ODI type) competitions are completed every year. Only the New York City Public Schools Athletic League (PSAL) competes solely in the shorter form of the game. But, I must admit that irrespective of what format is used, the interest in cricket is at an all-time high in the Big Apple. More and more young men are playing the game and spectator attendance at matches has increased enormously.

Several factors account for the success of cricket as a sport in NYC. But I believe that the main source for cricket moving forward is sponsorship. People with a love for the sport and the financial means, are “putting their money where their love is.”  Cricket is an expensive game. At least for the youngster who may still be in school and holding a part-time job. Apart from the sponsors he may not be able to afford the cost of playing cricket in one of the many leagues, and by extension tournaments such as this one, which give budding cricketers willing to invest the time and money; something to aim for.

Among the numerous individual and business sponsors in New York, a few stand out. Among them is Hafeez Ali, the CEO of the Rockaway Group of Companies, who has been involved in cricket in the New York City area for close to two decades. He has fielded a championship team in the Eastern American Cricket Association league and has helped bankroll several other clubs, as well as individual players. Mr. Ali has helped raise the profile of the sport in the New York metropolitan area.

Ricky Singh of Singh’s Sporting Goods, Ravi Etwaroo of CricketZone, Bhola Ramsundar, Ajit Mootoo and Chub Bedessee of Bedessee Imports/Exports are among some of the other New York entrepreneurs who have financially helped the sport grow. The New York cricket fraternity is indebted to such individuals and many others, for their involvement and financial contributions to the sport.

Cricket has been played in NYC from “time immemorial,” and as far as my recollection goes, in the late 70s, there was the “Shell Shield” tournament played in New York and involving representative teams from Barbados, Guyana, Jamaica, and Trinidad & Tobago. The NYC Shell Shield morphed into the Red Stripe Competition, then the Ed Ahmad Caribbean Cup. This was fashioned after the Inter-Colonial era of the 60s in the West Indies which produced the Shell Shield series, later several names were given to the same type of tournament in the Caribbean. Such tournaments decided cricket supremacy among the nations in the West Indies. The same was also true in New York City with representative teams comprising first-class players who migrated from those Caribbean countries.

Mr. Hafeez Ali wants to revive the cricket rivalry among representative teams from the Caribbean islands, Guyana and the South Asian cricketing powerhouses, in New York. He is intent on expanding the tournament beyond the inaugural four teams, to include Barbados, Jamaica, Leeward Islands, Windward Islands, India, Pakistan, and Sri Lanka, in future tournaments, a truly worthwhile gesture.

Along with Ralph Tamesh of the Indo-Caribbean Federation, Mr. Ali is spearheading an organizing committee comprising several local cricket administrators, to assure the success of the tournament. With some of the New York “cricketing brains” on board, the ground work has been set in motion for this year’s inaugural Rockaway T20 New York Cricket Fiesta.

Several “point men” from each country have been contacted and are a part of the organizing committee.

The tournament would be structured as follows:
• Name: Rockaway T20 NY Cricket Fiesta
• 1st prize $7,000 and runner-up $3,000
• Teams: Bangladesh, Guyana, Pakistan, and Trinidad & Tobago
• Schedule: Each team will play all of the other teams twice, leading up to a semi-final and final
• Opening games: June 11th, 2016 at Baisley Pond Park, Queens, NY
• Semi Final and Final: August 20th, 2016 at Baisley Pond Park, Queens, NY
• Saturdays matches only. Two venues, each with two games each Saturday.
• 1st game at 10:00 AM – Second game at 2:00 PM
• The top points-leading team will automatically advance to the final, the second and third leading teams will compete in the semi-final
• Grounds: Baisley Pond Park, Queens, NY and Ferry Point Park, Whitestone, Bronx
• Rosters: Each team is allowed to register 18 players prior to the start of the tournament

The tournament committee is seeking co-sponsors for the tournament, as well as those wishing to advertise their businesses as part of the tournament. Anyone interested in co-sponsoring the tournament is invited to contact Ralph Tamesh: 516-852-1459, Hafeez Ali: 917-434-7460 or e-mail info.rockawayT20@yahoo.com