Sangakkara Believes It Is An Exciting Time For Cricket In USA 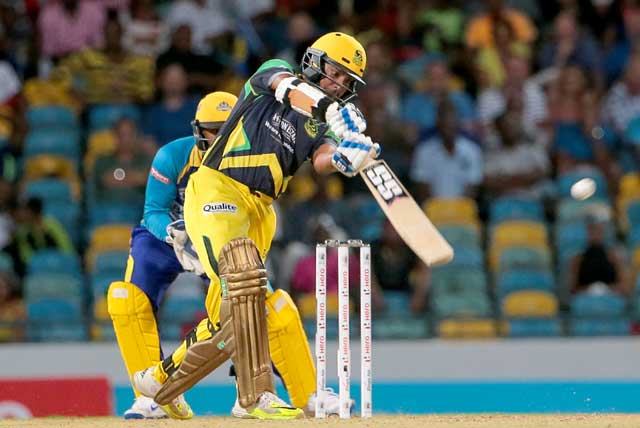 Sri Lanka legend Kumar Sangakkara believes that the Hero Caribbean Premier League (CPL) can grow from strength to strength when the Florida leg of matches takes place on the weekend of August 5 and 6.

The Jamaica Tallawahs star, who helped the franchise lift last year’s title for the second time, believes that the Hero CPL has delighted fans within the Caribbean, and beyond through the quality of the cricket coupled with the electric supporter experience.

With crowds of over 30,000 attending the games in Central Broward Stadium, Lauderhill last year, Sangakkara believes that this year’s fifth edition of the biggest party in sport can satisfy the cricketing thirst and hunger of the vast diaspora of Caribbean, sub-Continent, African and British communities living across North America.

Since the launch of the Florida leg of tickets on sale last week, there has been strong interest in the weekend double-headers, which will see Sangakkara’s Jamaica Tallawahs face Barbados Tridents in back-to-back games, while Chris Gayle’s St. Kitts & Nevis Patriots will square off against last year’s runners-up, Guyana Amazon Warriors.

The management of the Hero CPL continues to push the envelope and pioneer new venues, and it is hoped that the return of matches in Florida on the weekend of 5 and 6 August will see even greater interest across the USA, Caribbean and beyond.

An ICC World Twenty 20 champion in 2014, Sangakkara is one of the most decorated players in the history of international cricket and is also one of a select number of players to have lifted the coveted title more than once, having previously helped the Tallawahs in their 2013 success.

He said: “It was great to be a part of the USA leg in Florida. It was outstanding. The stadium was great, (there were) some high scoring games there and it is nice to see that the game is spreading beyond the confines of the usual traditional cricket playing nations.

“India played the West Indies there as well another high scoring game, and a very exciting cricket match, so that kind of excitement, that kind of marketing, that kind of build-up and hype is very important to hold the attention of the American audience so hopefully we can play more cricket.

“We had the ‘All-Stars’ with Sachin Tendulkar and Shane Warne couple of years ago and with a lot more tournaments and forages into the USA in the works, it will be an exciting time for all of us.”