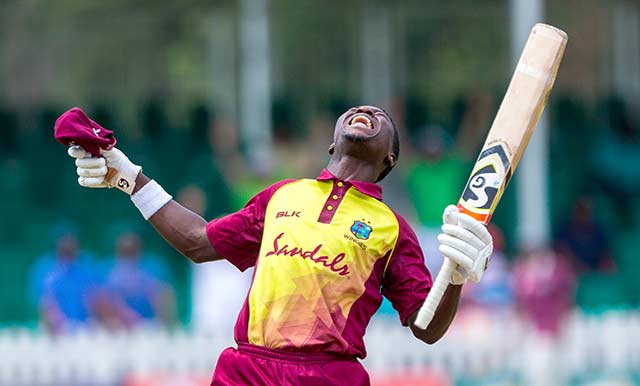 By Ravi Madholall in Toronto
Sherfane Rutherford hit an electrifying, unbeaten 134 to power West Indies ‘B’ into the final of the inaugural Global T20 Canada final after beating Vancouver Knights by a captivating six-wicket margin on Thursday at the Maple Leaf venue, King City, Toronto.

The 19-year-old left-hander was relegated to number 4 having opened batting on previous occasions and cracked an array of boundaries as his team reached 221-4 off the 20-overs.

Vancouver Knights batted first at the invitation of the West Indies ‘B’ side and rattled up a competitive 215-6 in 20-overs but the first Qualifiers match belonged to the Guyanese first-class cricketer.

He arrived at the crease when his team was tottering at 3-2 and without hesitation began his assault as no bowlers were spared the wrath of his bat. He faced 66 balls during his occupation at the crease and lofted ten sixes and 11 fours, an innings that truly demonstrated his excellent aggressive temperament. 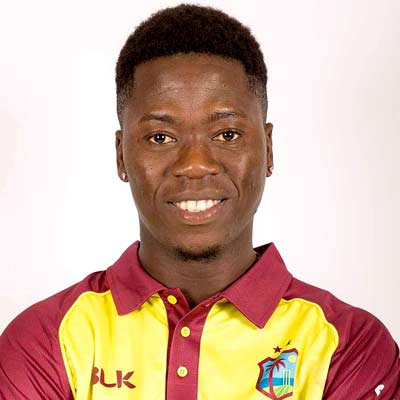 Rutherford, who had a highest score of 37, which was also attacking, shared an impressive 130-run fourth-wicket partnership with fellow left-hander Nicolas Pooran after they had lost openers Justin Greaves (01) and Shamar Springer (00) and then Brandon King (06).

Both Rutherford and Pooran timed the ball immaculately on a slow outfield which once again bathed with glorious sunshine. Pooran reached the boundary four times while he cleared it twice in an effortless manner but he was forced to play second fiddle to the rampant Rutherford.

Pooran was taken to medium-pacer Andre Russell after that enthralling batting exhibition while skipper Anthony Bramble and Rutherford ensured there was no more fuss for the Caribbean Boys.

Bramble has been out-of-form since the commencement of the competition in June (28), but seemed to finally locate the middle of the bat with 23 runs not out which counted two sixes, one to seal the deal.

New Zealand fast-bowler Tim Southee, an experienced campaigner, was the most successful bowler for Vancouver Knights, by claiming two wickets for 39 runs from his four-over spell.

When ruling umpires Bijal Patel and Patrick Gustard called play, Chadick Walton and captain Chris Gayle put on a show as well but not so richly entertained as Rutherford and Pooran. Walton showed great intend to attack the bowling and was able to score a dashing 54 and featured in a 73-run stand with the pugnacious Gayle who also managed a half-century (50).

The other batsmen never kept the acceleration on a responsive pitch as the West Indians bowled with considerable amount of discipline.

West Indies ‘B’ will now wait on the other finalist as three teams still in quest for that spot. Last evening at the same venue, Edmonton Royals and Winnipeg Hawks were vying for a place in the play-offs which is set for Saturday.

Vancouver can be back in the championship if they beat the winner of that game between Hawks and Royals. The final is billed for Sunday at King City beginning from 15:00 hrs with the winner taking home US$500, 000.