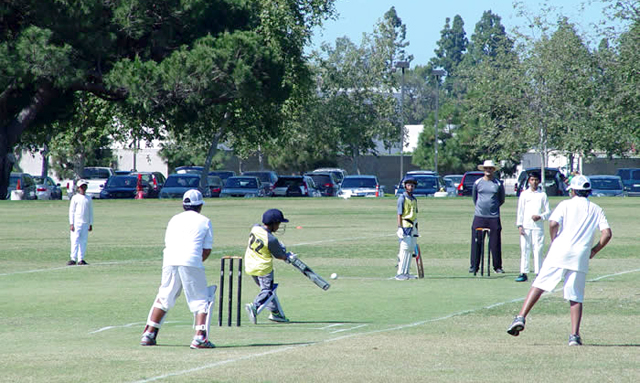 Participants during the day’s activity. 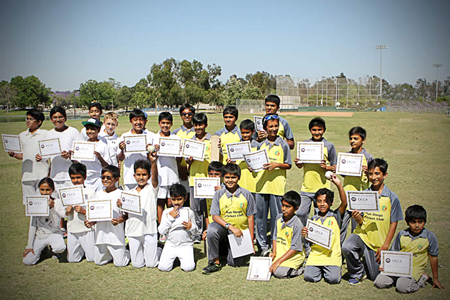 The two academies poses for a photo.

At 9.00 AM umpires and captains were out for the toss. SDCCYA won the toss and elected to bat first. SDCCYA scored 100 for 3 wickets. SCYCA started the innings with tight bowling but could not keep it up and ended giving away 39 extras. SCYCA managed to score 89 runs at the end of the allocated 20 overs, losing 5 wickets. Kanishk and Abi scored 19 and 10 runs respectively for SCYCA.

The second scheduled match started at 1.30 PM after lunch and was limited to 10 overs. SDCCYA won the toss again elected to bat. SDYCA posted challenging 67 runs for 5 wickets. Ian from SCYCA claimed 2 wickets for 7 runs. SCYCA never kept up with the required run rate and scored 49 runs at the loss of 4 wickets.

It was a great entertainment for the youth players, their parents, and other supporters. The day marked the beginning of a long term relationship between SCYCA and SDCCYA.