Taylor To Play For Jamaica, Dodson Named As His Replacement 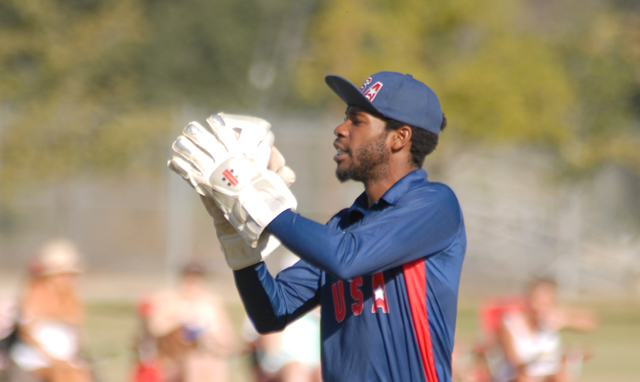 Akeem Dodson (above), will replace Steven Taylor in the ICC Americas team which participate in the West Indies Cricket Board regional Super50 tournament later this month. Photo by Shiek Mohamed

ICC Americas will make one change to its squad for the WICB Super50 tournament in Barbados. USA batting all-rounder, Steven Taylor, has been selected to play in the Jamaica team for the same event. Taylor will be replaced in the Americas 15 man squad by Akeem Dodson of the USA.

Commenting on the change Americas Regional Manager, Ben Kavenagh said “This is great news for Steven to be selected in the first-class team of a full-member country, he has obviously shown his ability at the CPL and while playing cricket in Jamaica to deserve this opportunity. Whilst it will be disappointing to lose a senior player from the Americas squad, it also means another Americas player gets an opportunity at this level. Ultimately, the more players who can get an opportunity to play within first-class cricket structures, the stronger the Americas region will be.  I’m sure Akeem will grab this opportunity with both hands and make the most of his inclusion.”

The Americas regional team will be coached by USA coach, Pubudu Dassanayake, and Cricket Canada selector, Henry Osinde, with Kerk Higgins playing the role of manager and performance analyst. The Americas team will arrive in Barbados on January 21st, with the squad’s first tournament match taking place on January 26th against CCC Marooners.