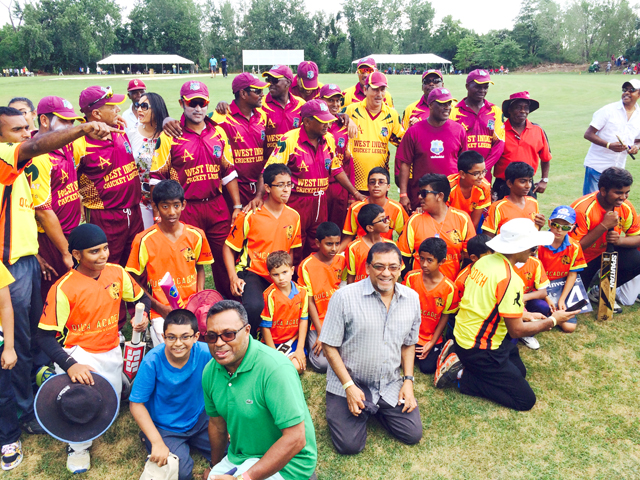 By John L. Aaron
The recent West Indies Cricket Legends New York Tour was an appetite wetter for cricket fans in the New York metropolitan area, but I have a sneaking suspicion that the legends were equally thrilled as the fans who converged on the idyllic Idlewild Cricket Ground in Rosedale, Queens, NY.

Blessed with absolutely gorgeous weather – the kind cricketers and fans alike pray and hope for on such occasions, the two-day cricket extravaganza was executed under clear blue skies and nary a chance of a rain drop. The matches were preceded by a Gala Banquet on Friday, July 31. The West Indies Cricket Legends New York Tour was organized by A-Class Events out of Margate, FL. CEO Pooran Ramnannan said, “It was great, and A-Class Events is pleased to have brought such an iconic event to New York. We look forward to producing similar events in the future in the New York metropolitan area.”

The legends along with more than 200 guests dined at a Gala Banquet Dinner on the eve of the two T20 matches, at the historic Antun’s Banquet Hall in Queens. The dinner was attended by the Barbados Consul General to New York, The Hon. Dr. Donna Hunte-Cox and the Acting Consul General of the Republic of Trinidad & Tobago, Ms. Urvashi Ramnarine, along with New York State Senator Leroy Comrie of the 14th Senatorial District of Queens, who welcomed the legends and guests to the Borough of Queens. 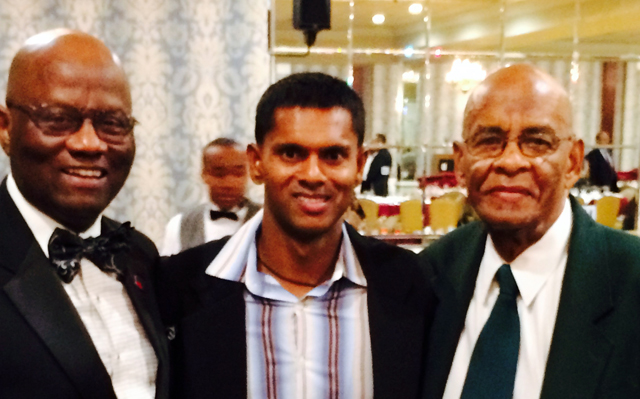 New York State Assemblyman Nick Perry of the 58th Assembly District of Brooklyn, himself a cricket enthusiast who hails from Jamaica in the West Indies, made a cameo appearance, before having to leave to respond to an incident occurring in his Assembly District.

Fielding questions solicited from the audience, Sir Garry Sobers and Shivnarine Chanderpaul shared their generational cricketing experiences with a wildly appreciative audience. The Barbados Consul General, a cousin of legendary West Indies Test player Sir Conrad Hunte, shared her experiences as a young girl growing up in Barbados and appreciating the players of that era, including her cousin, noting that the players were revered as heroes even when returning home from seasonal playing stints with the English County teams.

The evening was awash with nostalgia and the swapping of cricketing moments in history by the legends now, and then, and their adoring fans, as photo opportunities and autograph signings were the order of the evening.

The adoration continued on Saturday, August 1st and Sunday August 2nd at the Idlewild Cricket Complex, which was transformed into a Caribbean cricket atmosphere in the shadow of the John F. Kennedy International Airport. There was a VIP tent, complete with a dressing room for the players, as well as comfortable large tents ringing the grounds to shade the patrons from the sweltering summer heat. 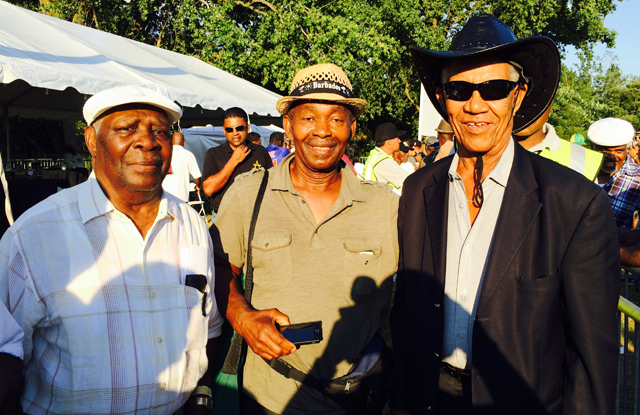 With several businesses seizing the opportunity to offer their services and various cuisines to the throngs of fans in the park, it was a food festival-like atmosphere complete with a live DJ, cricket commentary, and impromptu fan-experience interviews intertwined with tid-bit interviews with some of the legends and the sponsoring vendors themselves. Children under the age of 10 years were granted free admission, thus allowing families to take advantage of the day in exposing their American-born offspring to the culture of cricket.

Idlewild Cricket Ground under the operational auspices of the Queens United Cricket Club used the opportunity of the legends’ presence to conduct on-the-spot coaching sessions for the members of their Youth Cricket Academy located in the northeastern corner of the complex. The academy caters to young cricketers ages 5-15, and is run by Coach & Director George Samuel, along with a number of other certified coaches. The young cricketers in their very colorful academy uniforms were treated to one-on-one coaching sessions by an elite panel of international players including Gus Logie, Mervyn Dillon, Pedro Collins, Shivnarine Chanderpaul, Larry Gomes, among others.

The opening matches on both days proved to be exciting affairs, and those fans strolling into the park late, but in time for the Legends matches scheduled for 2:00pm starts, missed some of the most exciting cricket among local players. Saturday’s cricket card featured a New York Under-23 XI against a Tri-State under-23 XI in a display of power hitting, superb bowling and heroic fielding, as the young cricketers showcased their skills to the large appreciative audience. It was probably the largest crowd before which some of them had ever played.

The Legends first match of their New York Tour saw them coming up 23 runs short against a New York Legends XI that featured Steve Massiah and Richard Staple, both former USA national captains, as well as Derrick Kallicharran, and Everton Mattis. 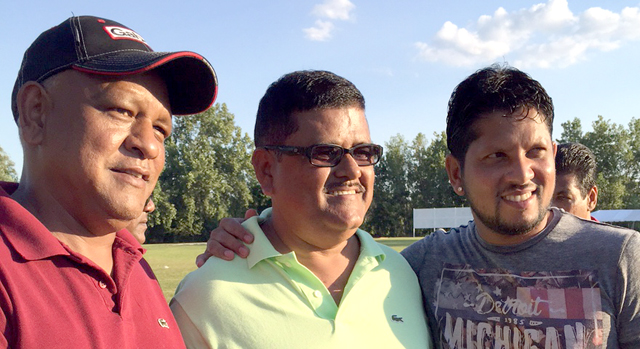 Day Two saw a reorganized and reenergized West Indies Legends squad taking to the field to defend their honor and the previous day’s loss, but not before a Tri-State Asian XI proved too much for a New York Tri-State Caribbean XI, in a power-hitting T20 feast.

The West Indies Cricket Legends challenged a New York Masters XI, posting 181 for 4 in the T20 affair. Shivnarine Chanderpaul, 52 (Laparkan Shipping Man-of-the Match recipient) and Ramnaresh Sarwan, 50 were the main run-getters. The New York Masters did not have many answers for Pedro Collins and Mervyn Dillon, eventually capitulating at 134 for 4 in their 20 overs. Knocks from Hafeez Ali, 26 and Peter Singh, 21 followed by Wahid Ward, 20 were not enough to hand the visiting legends their second defeat in as many days.

The legends entertained the Sunday patrons with some fun cricket, at times allowing the match to continue while obviously “assisting” some of the Masters at the crease with dropped catches and mis-stumpings, obviously not wishing to make it a rout, as they came back storming following the defeat at the hands of the New York Legends the previous day.

All in all it was a fantastic two days of cricket blessed with beautiful weather and a fan experience worthy of remembering for decades to come. At times, it was hard to tell who was having more fun – the West Indies Cricket Legends or the fans in attendance.

Commentators Lenny Achaibar, Lenroy “The Englishman” Whyte and eight-year old Matthew “Danny Morrison” Achaibar, a broadcasting prodigy and son of Lenny Achaibar, along with roving commentator John Aaron, kept things lively and the fans engaged. Whyte had hundreds of fans at the park fooled with his spot on impersonation of legendary Test cricketer and now cricket commentator and analyst, Michael Holding.

Kudos and appreciation are extended to A-Class Events and its CEO Pooran Ramnannan, for staging the well-organized and incident-free two-day event. From parking to VIP seating, to fan accommodation facilities against the picturesque backdrop of cricket; it was one of the better-organized cricket extravaganzas seen in the cricket-hungry Tri-State area in a decade. The organizing committee ensured that the fans in attendance enjoyed a positive experience.

Uniformed private security officers kept things cool, despite the exuberance and enthusiastic attitudes of some fans clamoring to get as close to their boyhood cricketing superstars as possible.