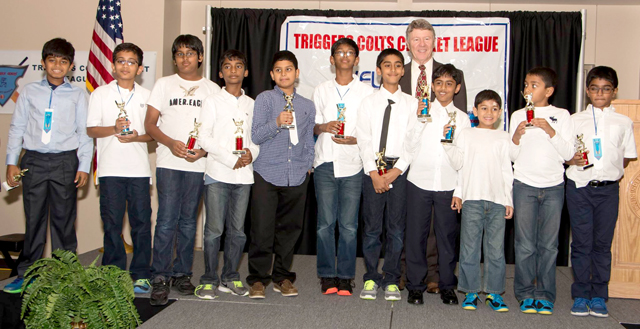 Triggers Cricket Colts League (TCCL) hosted its second annual Awards Banquet at the KISD Center, Houston, TX on Saturday, December 12, concluding the league’s second successful year. The Banquet was well attended by more than two hundred members, and the event had the warmth of a family gathering with Event Master Malay Vyas providing a professional touch to the event. 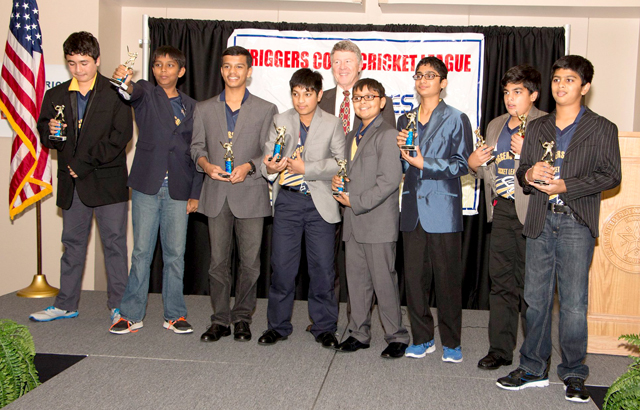 Surya Saladi, TCCL Director, presented the league’s status report with a future road map and a pledge to provide a bigger and better platform for youth players in 2016.

Honorable Harris County Judge Ed Emmett graced the event with his kind presence along with some TCCL sponsors, and presented the achievement awards. Judge Emmett spoke with passion on his interest in improving the game of cricket. He wanted TCCL to take cricket further into the community and working with the various school districts. He compared cricket with soccer from 25 years back, to suggest cricket can become a true American game if it is promoted at the grassroots level. He further pledged to make a donation to TCCL’s efforts in 2016. 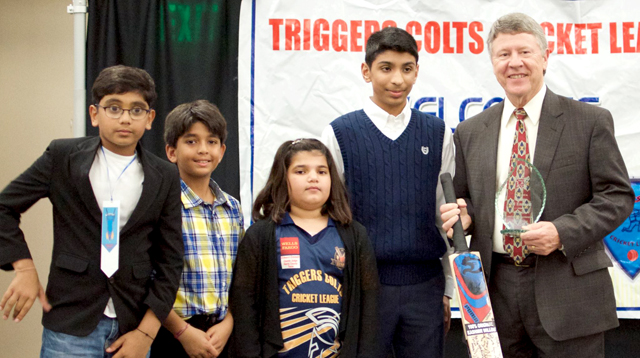 All the youth players in attendance at the event presented a signed bat to Judge Emmett, along with an appreciation plaque to thanking him for his support.

Nanda Kumar, President of TCC concluded with a Vote of Thanks to the attendees and requested their support in spreading the word about cricket at local schools.

All the guests were treated to a sumptuous and delicious dinner.

TCCL conveys special thanks to all the wonderful volunteers who assisted in planning and executing various tasks resulting in a very successful banquet. TCCL looks forward to having the banquet next year, and is hoping that it will be even bigger and better.

TCCL wishes everyone a wonderful holiday and A Happy New Year!!!