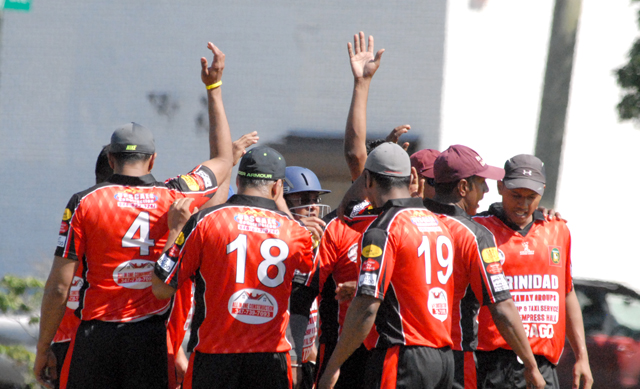 By Jamie Paul Lloyd | Scorecard | Photo Gallery | Video
I had the privilege of helping Leonard Achaibar and his son Matthew (Wow! What a champion commentator and impressionist!), calling one of the most exciting T20 matches I have ever witnessed, last Saturday at Baisley Pond Park in Queens, New York. It was Pakistan vs. Trinidad & Tobago (T&T) in the Rockaway T20 New York Cricket Fiesta.

Heading in to the game Pakistan was unbeaten with two wins from two matches, whereas T&T was languishing at the bottom of the table with zero wins from its two previous matches.

Pakistan won the toss and elected to bat and were immediately under pressure with Dave Mohamed taking a wicket on the first ball of the inning! Then a couple of overs later he also took the wicket of Salik Iqbal, to reduce Pakistan to 19/2. Mohamed and Andre Brown continued to bowl tightly, but Usman Choudhary and Adnan Khan began to build a partnership, helped by a few dropped catches. Both batsman accelerated as the inning progressed, with Choudhry the initial aggressor, and being eventually dismissed for 62 off just 37 balls. 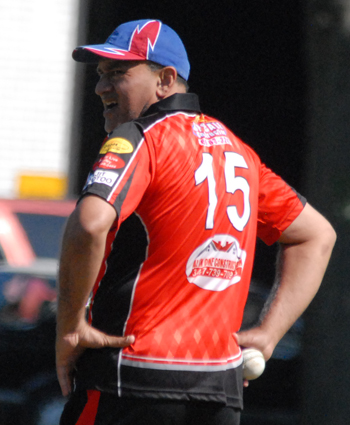 Veteran David Mohammed bagged 3 for 34 and then hit 22 as Trinidad and Tobago chased down 230.

The fall of Choudhry’s wicket brought Abdullah Syed to the crease, and what followed can only be described as CARNAGE! He slammed 8 sixes and 2 fours on his way to a 19 ball 65! Meanwhile at the other end Adnan Khan was dismissed for a well-compiled 67 off 46 deliveries. The final Pakistan score was 229 for 5 in the allotted 20-overs; with most people at the ground thinking the game was already over at the half-way point.

However, the Trinidad and Tobago team had other ideas. Helped by some shoddy fielding, a high percentage of full-tosses, and the fact that Pakistan was fielding only nine players, the T&T batsmen serenely scored at 11-12 runs an over by placing the ball in the gaps, and running well between the wickets. All of the batsmen from 1 thru 9 contributed, with the lowest contribution being 14, and the highest being Dave Mohamed’s 50. T&T passed the Pakistani total courtesy of a wide off the penultimate ball of the T&T inning.

It was an incredible run chase and a well-deserved victory to a team that demonstrated the classic never-say-die attitude! The fans were at the edge of the boundary as T&T celebrated its survival in the tournament and a chance to advance further in the second round of matches which get underway this Saturday at the same venue – Baisley Pond Park.

Click here for the complete scorecard, and all of the tournament stats compiled by the legendary Kerk Higgins.