Nations are now just three steps away from the ICC Cricket World Cup 2019, as six teams get ready for the ICC World Cricket League (WCL) Division 3 which gets underway in Uganda this month.

International cricket competition heads back to Africa between 23 and 30 May, with two promotion spots for ICC WCL Division 2 up for grabs for competing teams Canada, Malaysia, Oman, Singapore, USA and hosts Uganda.

Just 26 teams remain from the 83 Members on the road to the 2019 Cricket World Cup which begun in 2013. The six teams in Uganda are competing to climb the ladder for a coveted spot in the ICC Cricket World Cup Qualifier. The qualifier will be contested after the conclusion of Division 2 and will determine which two teams will go to England and Wales in 2019.

Uganda go into the tournament with form after completing a stunning white-wash against the highly-fancied Kenya team in a five match series held in Uganda in mid-April. The team will be captained by Davis Karashani with Brian Masaba as his deputy. 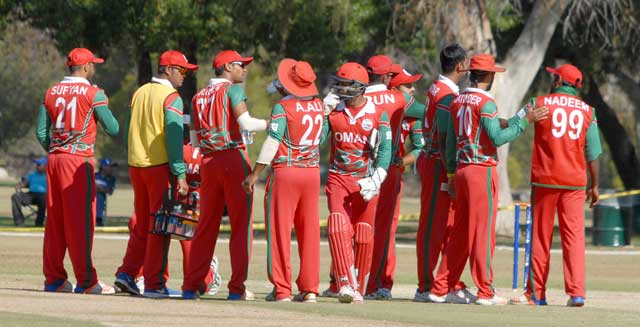 Canada will warm up for this competition with three matches against Zimbabwe A and one match against the Zimbabwe High Performance Center. The Canadians also have two Caribbean Premier League T20 players in its ranks: Hamza Tariq and Nikhil Dutta.

Singapore and Malaysia are the two incumbent teams in Division 3 – both having participated in the last tournament in 2014. Last time out Singapore’s Arjun Mutreja was top-run scorer with 282 and he has been retained in their squad for this year’s event. Malaysia’s Ahmad Faiz also performed well with the bat at the last tournament and both will be players to watch in Uganda.

In a first for the ICC’s community outreach program, Cricket for Good, a coaching clinic will give 60 young cricketers in Uganda the chance to learn from the six teams participating in the ICC World Cricket League Division 3 tournament. This will be the first time a Cricket for Good event will take place at a division qualifying event and underpins the ICC’s commitment to broadening the reach of the project.

“There are now just 26 teams remaining from the 83 teams which started on the road to Cricket World Cup 2019. Six of those teams will be competing hard in Uganda where only two teams can keep their Cricket World Cup dreams alive.

“We are also delighted by Cricket for Good’s engagement in the event. It is crucial that the ICC’s qualifying events are used to support initiatives that positively impact the lives of children and families around the world and this will be a good opportunity for us to learn how we can take this great program to more countries.”