The Team USA squad has been announced for ICC World Cricket League Division 3 which will take place in Uganda next month. 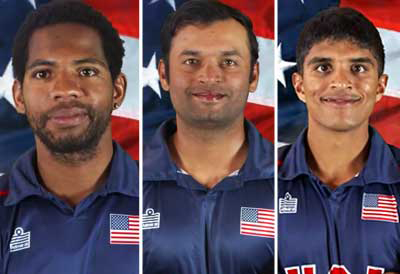 Following on from the USA’s success at #WCL4, the extended squad of 31 players named in the lead up to that event were joined by 13 new faces at the March trial at Moosa Stadium in Houston. This group was then reduced to 19 for the recent Skill Development Camp in Houston where players were further assessed to reach the final squad of 14 players, plus one traveling reserve.

Commenting on the squad for #WCL3, USA Chairman of Selectors Ricardo Powell said: “The selection panel believes we have selected the best possible squad to represent the United States of America at the upcoming World Cricket League Division 3. It was pleasing to see some significant improvements in individual players at the trials. There was strong competition for spots, meaning some quality players have missed selection. We encourage all players across the country to keep working hard on their game and as we continue to drive the standard of U.S. cricket forward.”

“Four changes have been made from the squad that traveled to LA for WCL 4. We feel these players will boost the squad’s batting depth and also its flexibility, with additional spin bowling options. We wish the selected players and coaching staff all the best for their preparation and a successful event.”

USA Head Coach Pubudu Dassanayake said: “I have been pleased to see the improvements in a number of players, both those who have been selected, but also those who are unlucky to miss selection. We have had two great camps in Houston to challenge our players and help to increase performance standards. We are looking forward to getting the group together in LA for some more practice matches before we head to South Africa for our pre-tour, on the way to Uganda. There is plenty more hard work to be done to prepare as best we can over the next month but I am confident this group can go to Uganda and win WCL 3.”