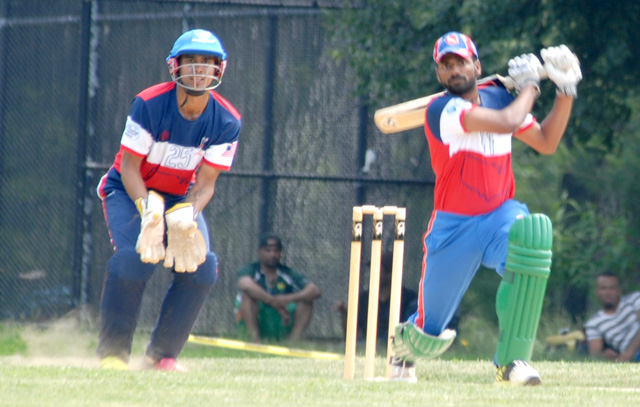 Apart from that statement, Nair also mentioned that his main objective is to help his team coming out on top and at the same time expressed delight with his call-up to the national senior team setup.

Nair with the distinction of snaring five wickets for his adopted country on his first outing in the North American colors at the Under-19 level, feels that he will be mentally and physically fit to showcase his ambidextrous bowling skills as well.

Before the commencement of this international assignment, USA will invite Canada for the traditional Auty Cup starting on October 13-16 also in LA.

The two countries had a hiatus for this limited-over annual tournament owing to financial constraints in the last two consecutive years but an agreement was met to have the competition returns.

“I [am] very confident of doing well for USA in both the Auty Cup and the WCL Division 4 tournaments; I think we have a good and balanced side to compete together and that has given me the hopes of winning the tournament,” the Indian-born related via telephone in an exclusive interview with USACRICKETERS.COM. 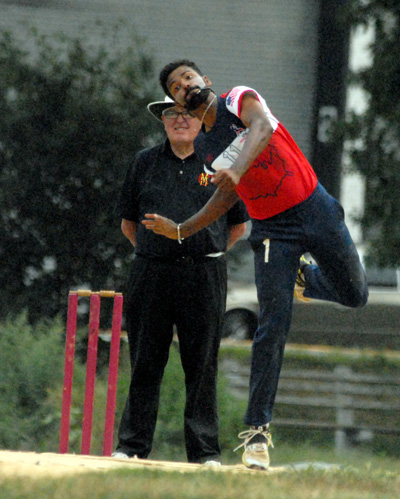 Nair is seen here bowling against the visiting Marylebone Cricket Club of England in September.

The 23-year-old Nair, who plays for Atlantis Cricket Club in the New York, related that his preparations have been very rigorous and will continue to focus on these major tournaments for USA.

“I have been training very hard on my game and was definitely happy to be selected to represent USA at the highest level; I really want to make an impression with both bat and ball,” the right-handed batsman commented.

Nair also took the opportunity to express his gratitude to his team, Atlantis, his fellow players and coaches for their continued support over the years and attributed his selection to consistency at the domestic level.

He pinpointed Kerk Higgins, Lester Hooper and Linden Frazer for their various roles particularly in his steady development as an aspiring cricketer.

Nair spoke about his enthusiasm as an athlete and now getting the chance to exhibit his talent has catapulted him to do great things on the field. For him, this selection also is a testimony to his outstanding efforts so far in his cricketing career.

This six-team competition, which is fixed for Woodley Park facility, will conclude on November 5 and according to Nair, the opposing teams could be very challenging but is very optimistic USA can be victorious against all of them.

The other participating teams are: Bermuda, Denmark, Italy, Jersey and Oman.

In addition, the dynamic cricketer Nair believes USA will be one of the two top teams to advance to the next ICC WCL Division 3 competition which is expected to be played in early 2017.