Just as the warmer weather indicates that spring is around the corner, so too does it symbolize the start of the cricket season here in the greater Washington, DC metropolitan area. As president of the Washington Cricket League (WCL) – one of the largest cricket leagues in the United States of America, and with the support of my executive committee, I am looking forward to another exciting and competitive season of cricket on the field. 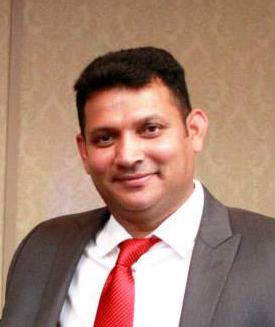 Last year the WCL celebrated its 40Th anniversary. While the journey continues, I do want to pause to thank and congratulate everyone who played a role in the growth and development of the league. The executive committee has worked hard since the beginning of the year to ensure that all necessary preparations are complete, so cricket can be played this weekend.

Once the game starts and the competition heats up, we often allow our emotions to cloud good sportsmanship. Therefore, I would like to remind everyone that playing within the spirit of the game involves respect, not just for the umpires, but for your opponents and players on your own team as well.

2014 was a great year for the WCL. We organized our first night tournament, and all eight teams that participated enjoyed playing under the lights, in our own backyard.  The night tournament will be held again this year, and we hope to make it a permanent fixture on the league’s annual calendar.

We built on the youth program and were able to provide the participants not just with quality coaching, but an opportunity to play matches as well. This year and in future seasons I want to make the youth development program a priority, because today’s youngsters are tomorrow’s cricketers. Giving these youngsters an opportunity to play cricket will also mean that they gain exposure to a team sport environment which will help them in their future careers and will give them an avenue for development in addition to their academics.

The promotion/demotion of teams from one division to another based on performance has increased the competitiveness across all three divisions. The increase in the competitive level of games has meant that individual performances are noticed. This can be correlated with the increase in the number of players that play regularly in the WCL who have gotten an opportunity to represent the Atlantic Region Team and ultimately the United States Men’s National Team.

The quality of cricket played in the league is also what makes the league attractive to new teams. This year we had applications from seven new teams. After going through an interview process with the new applicants, I am pleased to announce that we have accepted two new teams into the league; the Washington Cricket Club and the Spartans Cricket Club. I would like to welcome them, and I believe that both clubs will be good additions to the league. The addition of these teams makes the WCL one of the biggest leagues in the country.

How will the newly promoted teams do in the higher divisions? Will they dominate, or are they in for a rude awakening? I wish I knew what the future has in store. As we start the 2015 season, I know one thing for sure – all teams start 0-0.

MAY THE BEST TEAMS PREVAIL.