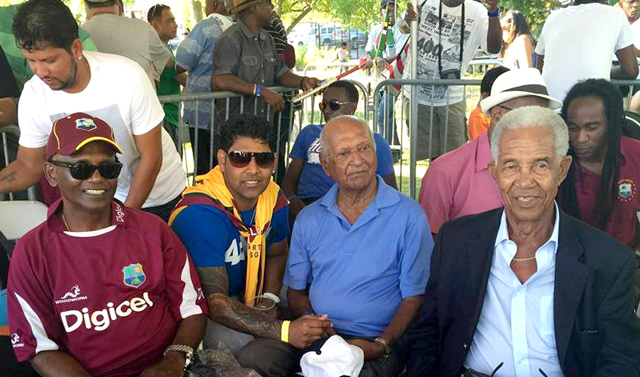 By Sam Sooppersaud
For nearly three-quarters of the past century of organized cricket, the West Indies have produced some of the world’s greatest and most exciting players ever to grace the cricket field. Players such as George Headley, Leary Constantine, Gary Sobers, Rohan Kanhai, the Three W’s: Everton Weekes, Clyde Walcott, and Frank Worrell, bowling prodigies like Sonny Ramadin, Alf Valentine and Lance Gibbs. Within the past two decades, we had Desmond Haynes, Gordon Greenidge, Brian Lara, Shiv Chanderpaul, and a host of other exciting cricketers.

Because of being blessed with so many stalwarts, the West Indies have dominated world cricket, on and off (more on’s than off’s) decade after decade. We have won numerous Test series, convincingly, and have come out on top in ODI’s and Twenty20 World Cup Tournaments. Recently, however, WI cricket has experienced some lean times on the International cricket stage. However , the staunch WI cricket supporters are positive that we would bounce back and once again ascend to the top. The reasons being that many past greats are spending time to go around the Islands and Guyana holding “teaching” and coaching clinics.

Many of these past stars have even ventured into the USA playing short tournaments and working with the local cricket authorities in an effort to create more interest and develop the game in this country. Over the past decade, we have seen more and more youths playing the game. There are cricket tournament in schools. The best known is the New York City PSAL cricket tournament from March to mid-June, each year. This program has just completed its eighth year.

Over the past week, a squad of former West Indies players made a tour of New York City, billed as The West Indies Cricket Legends New York Tour. They conducted numerous coaching sessions and clinics in the Boroughs. One recipient of such a session was the Queens United Cricket Academy, based at Idlewild Cricket Complex in Rosedale , N.Y.

Many private individuals are getting involved in these projects. One such person is Pooran Ramnannan, who through his company A-Class Events had organized a similar tour in Florida earlier this year. Through the leadership and the support of the cricket loving community, the Legends played two games at the Idlewild Complex. As a former teacher, if I am to complete a Report Card for the tour, I will give the Legends Tour a passing grade. It was a success.

On Saturday, August 1st, The WI Legends engaged the NY Legends in a Twenty20 contest at the Idlewild cricket complex. (I was out of town and unable to attend the game). I was however, able to get the complete scorecard and would do my best to give the readers a “run down” of the game.

The WI Legends began their run chase aggressively. They lost their first wicket at 34. Thereafter they stumbled. They were able to get only 131 runs, thereby losing the game by 23 runs. Accounting for the wickets were Richard Staples 2 for 9, Steve Massiah 4 for 20, John Sylvester 1 for 16, Everton Mattis 1 for 12, Wesley King 1 for 18, Clem Thompson 1 for 9, Charlton Senior 1 for 21, and Dave Mohamed 1 for 22.

The second game on The Legends Tour was played on Sunday, August 2nd. I will bring you, a report on that game in my next article, hopefully sometime this week.