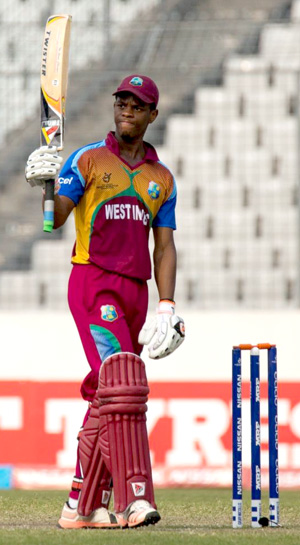 Shimron Hetmyer who led the West Indies Under-19 World Cup team to win the ICC Under-19 championship.

The team will face South Africa in a day/night 50-over match at Queen’s Park Oval on Sunday, May 29 at 1pm.

Hetmyer was the captain and Joseph the leading fast bowler in the West Indies Under-19 team which won the ICC Under-19 World Cup in Bangladesh in February.

The WICB President’s XI will be led by Test opening batsman Kraigg Brathwaite. The squad also includes left-hander Evin Lewis, who was a member of the West Indies team, which won the ICC World T20 in India last month.

The Proteas are using the match as part of their preparations for the upcoming Tri Nation ODI Series, which also features West Indies and Australia.